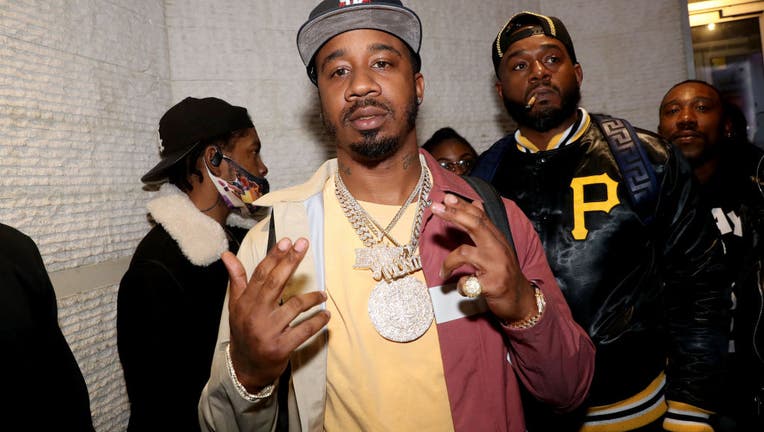 HOUSTON - According to TMZ, New York rapper Benny the Butcher, 35, was shot in the leg during an attempted robbery on Saturday, Nov. 14.

TMZ reports that the rapper, real name Jeremie Pennick was in Houston visiting friends, before stopping at a Walmart.

While they were in their car in the parking lot, a vehicle with five men inside pulled up next to them and produced weapons, demanding their jewelry.

Moments later one of the five men fired a shot into Pennick's leg, and the men fled the scene.

RELATED: Rapper Boosie shot in Dallas a day after attending vigil for Mo3

He was taken to a hospital for treatment, his condition is unknown at this time.

According to TMZ, police say the men who attempted to rob him are also still at large, and Houston Police has an investigation is underway.