Four passengers were taken to a hospital for evaluation for the new coronavirus after their cruise ship arrived in New Jersey. Gov. Phil Murphy said in a statement that personnel with the Centers for Disease Control and Prevention boarded Royal Caribbean's Anthem of the Seas after it docked in Bayonne on Friday.

NEW JERSEY - Royal Caribbean announced Friday that it had banned anyone holding a Chinese, Hong Kong, or Macau passport from boarding any of its ships following a coronavirus scare aboard the Anthem of the Seas.

This comes hours after 27 people were quarantined aboard the Anthem of the Seas ship that docked in Bayonne Friday while they were screened for the potentially deadly virus.

The ship had returned from the Bahamas at about 6 a.m.

"This morning, personnel from the @CDCgov  boarded a cruise ship docked in Bayonne and screened 27 passengers who recently traveled from mainland China," tweeted NJ Gov. Phil Murphy. "23 of those passengers were cleared and four individuals are being evaluated at an area hospital."

None of the four passengers tested showed any signs or symptoms of coronavirus, the cruise line said on its website.

At least three people were seen on stretchers taken off the ship. It was not clear if those people were among those quarantined.

A passenger who said he was among those quarantined told FOX 5 NY that 15 people were held in a kitchen while their temperatures were taken. They were asked how long it had been since they had been to China and if they had been there within the last two weeks. 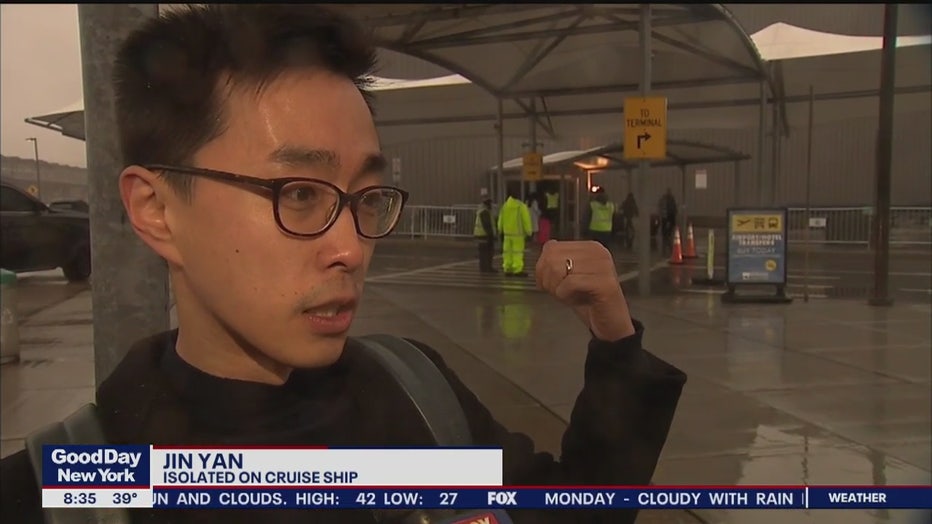 The Department of Homeland Security follows a similar protocol for airline passengers arriving in the U.S. Anyone who has been to mainland China within the last two weeks is quarantined until their temperature can be taken to determine if they have a fever.

Most passengers had disembarked by 8 a.m. Royal Caribbean crew members wore masks as they helped passengers off the ship. 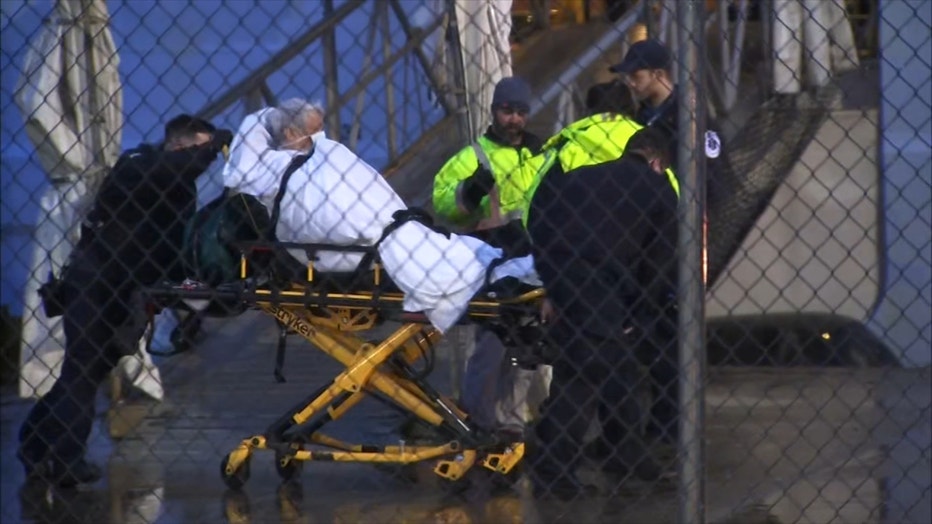 A passenger is taken away from a cruise ship on a stretcher shortly after it docked in New Jersey amid coronavirus fears. (FOX5NY photo)

"The hospital is following proper infection control protocols while evaluating these individuals. New Jersey currently has no confirmed cases of novel coronavirus and the risk to residents remains low," tweeted Murphy.

The Anthem of the Seas was scheduled to set sail from Bayonne Friday afternoon, but the cruise line announced it would delay its departure to Feb. 8 at 1 p.m. to reassure passengers as they awaited test results from the CDC.

Enhanced protocols would be in place to screen passengers boarding the ship.

"Like airlines, we are participating in elevated levels of guest screening to check the spread of coronavirus. We are closely monitoring developments regarding coronavirus and have rigorous medical protocols in place onboard our ships. We continue to work in close consultation with the CDC, the WHO, and local health authorities to align with their guidance and ensure the health and wellbeing of our guests and crew."

Some of the features include a surf simulator, rock-climbing wall, and video arcade.

Japan on Friday reported 41 new cases of a virus on a cruise ship that's been quarantined in Yokohama harbor while the death toll in mainland China rose to 636, including a doctor who got in trouble with authorities in the communist country for sounding an early warning about the disease threat.