One of the last Navajo Code Talkers has died

Samuel Sandoval, one of the last Navajo Code Talkers from World War II, has died at the age of 98. There are now only three Code Talkers still alive today.

WINDOW ROCK, Ariz. - Samuel Sandoval, one of the last Navajo Code Talkers from World War II, has died at the age of 98.

Sandoval died Friday night at a hospital in Shiprock, New Mexico, according to his wife.

He was one of hundreds of Navajos recruited by the Marines to send and receive military communications in secret code using their native language during WWII. The Code Talkers are credited with playing a crucial role in the United States' victories in the Pacific theater.

The Code Talkers could not discuss the code they created for more than two decades after Japan was defeated.

"The Navajo people mourn the loss of a grandfather, father, brother and uncle who dedicated his life to uplift communities," said said Speaker Seth Damon with the Navajo Nation. "Navajo Code Talker Sam Sandoval lived a life where character, courage, honor, and integrity guided his journey. His impact on history will forever be remembered and we sincerely share our love with his family during this time. May he rest among our most resilient warriors." 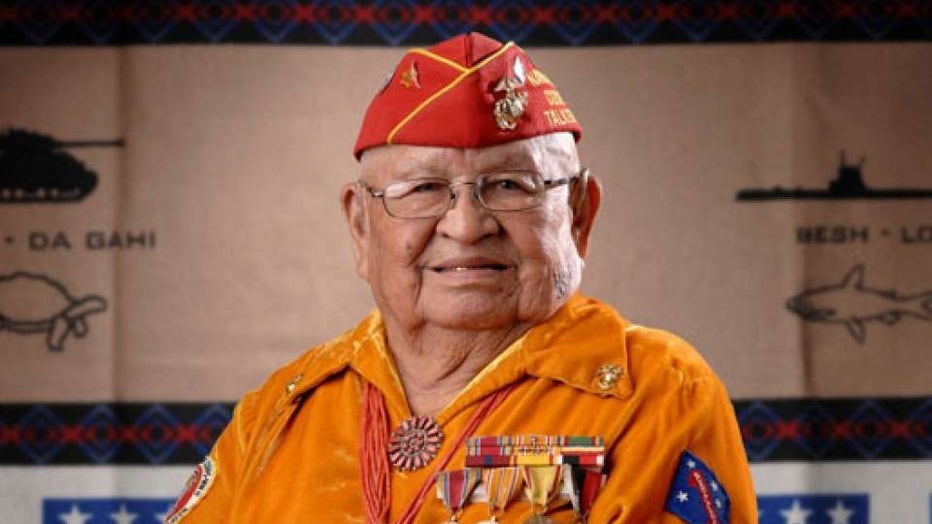 In the 1970s, Sandoval opened his own clinic to help Navajo people suffering from substance abuse issues, and it remained open for more than a decade.

Earlier this year, he received the 2022 American Spirit Award for Bravery by the National WWII Museum.

There are now only three Code Talkers still alive today.

""Navajo Code Talker Samuel Sandoval will always be remembered as a loving and courageous person who sacrificed more than we will ever know to defend our homelands using our sacred Navajo language," said Navajo Nation President Jonathan Nez. "We are saddened by his passing, but his legacy will always live on in our hearts and minds. On behalf of the Navajo Nation, we offer our prayers and heartfelt condolences to his wife, Malula Sandoval, his children, and many loved ones,"