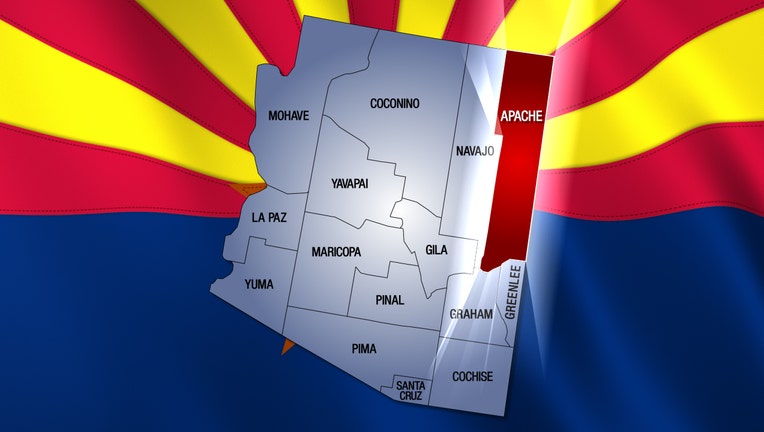 RED VALLEY, Ariz. – A return to in-person classes at a Navajo Nation school will be on hold indefinitely because of unknown radiation levels, likely caused by decades of uranium mining.

Cody M. Begaye, spokesman for the Navajo Nation Department of Diné Education, said the presence of radioactive hotspots inside Cove Day School in Red Valley near the Arizona-Utah border recently came to the department's attention. It's one of dozens of schools operated by the U.S. Bureau of Indian Education.

The Navajo Nation Council's Health, Education, and Human Services Committee met with other agencies, including the BIE on Aug. 16 to discuss why they were not discovered earlier.

While it's not clear how high the levels are, they were enough to concern tribe officials.

Cove Day School serves students in kindergarten through third grade. The school's 44 students and 13 staff were already working remotely when classes resumed earlier this month. Staff have been using another school nearby, the Red Rock Day School, for essential work like preparing meals to deliver to students.

Uranium contamination is an ongoing issue for the region. A 2019 sample study led by Division of Facilities Management and Construction found five outdoor areas at Cove Day School, including a playground, with contaminated soil.

The U.S. Environmental Protection Agency has been leading cleanup efforts. So far, the spot around the playground has been removed but four other sites are awaiting removal.

A spokesman for the U.S. EPA did not immediately return a message seeking comment Tuesday.

Council Delegate Daniel Tso, Health, Education, and Human Services Committee chairman, said he is worried about the danger of long-term exposure for current and former students.

The Navajo Nation, the largest Native American reservation with portions in Arizona, New Mexico and Utah, has more than 500 abandoned uranium mines.

Begaye says further radiation tests will be conducted, and a follow-up meeting will be scheduled when the results are known.