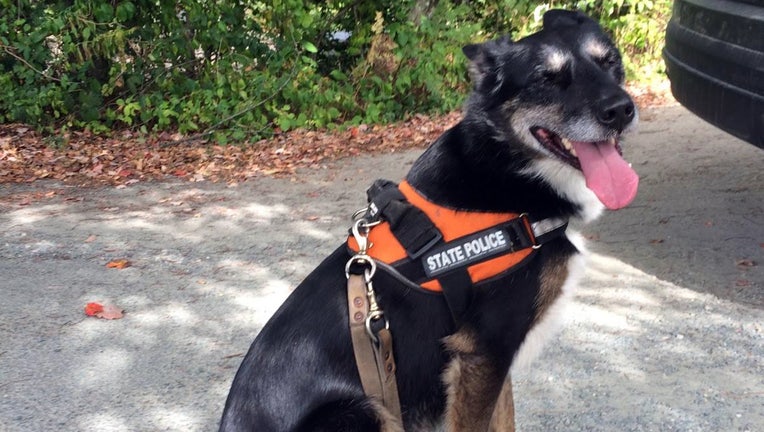 There’s a K-9 dog in Rhode Island that has such a remarkable storied past, she’s inspired a Netflix movie.

Ruby, an Australian shepherd and border collie mix, was adopted by Cpl. Daniel O'Neil in 2011, who was in need of a search-and-rescue dog for work, according to the Associated Press.

At the time, the rambunctious eight-month-old pup had been adopted and returned to the Rhode Island Society for the Prevention of Cruelty to Animals shelter by five families before she found her place with O'Neil.

DEAF SHEEPDOG LEARNS SIGN LANGUAGE TO ROUND UP SHEEP

Shelter volunteer and dog trainer Patricia Inman recalls Ruby was full of energy and needed an advocate to reassure staff that euthanasia was not the right choice.

"[Ruby] was a total knucklehead," Inman told the Associated Press. "She jumped and bit her leash. She wouldn't sit or lie down. She just never stopped moving. She was special, and she needed a special person."

O’Neil, 41, enrolled Ruby into a K-9 training course, where she reportedly graduated at the top of her class.

STATES THAT FAVORED CATS OR DOGS DURING CORONAVIRUS PANDEMIC: REPORT

He recalls the young pooch seemed to be determined and focused instead of the boisterous and troublesome reports he had heard.

Ruby went on to become a K-9 dog for the Rhode Island State Police, where she’s assisted in several search-and-rescue missions. 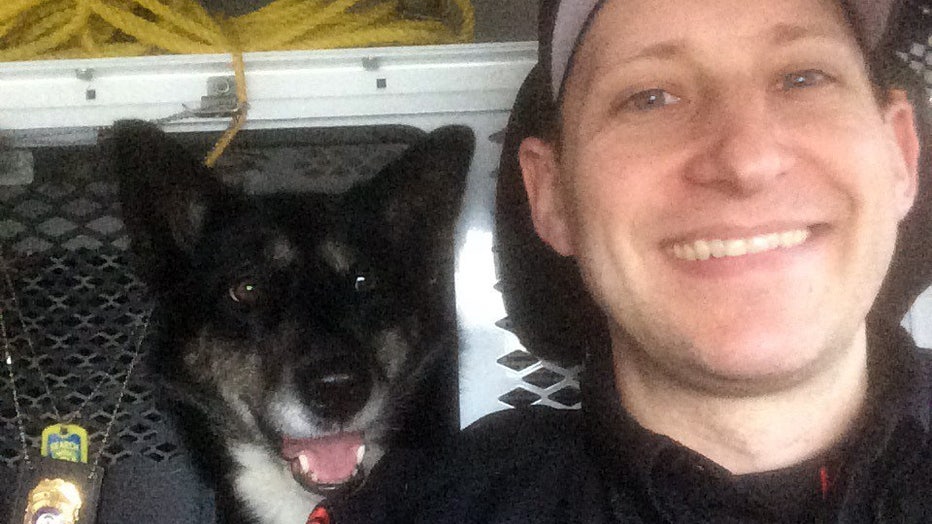 In October 2017, O’Neil and Ruby found a teenage boy who had fallen into a ravine and remained unconscious.

They later found out that the young boy was Inman’s son, who had been missing for 36 hours following his accident.

"I was beside myself and overwhelmed," Inman told the Associated Press, when recalling that fateful day.

"So many things had to fall into place for this to happen the way it did," she said. "The universe works in mysterious ways."

Ruby’s story and extraordinary recovery skills made national news and captured the hearts of Americans.

The talented K-9 was honored at the 2018 Hero Dogs Award ceremony hosted by American Humane, where she won in the search-and-rescue dog of the year category.

Four years later and Ruby’s story is being highlighted in an upcoming Netflix film, which is titled "Rescued by Ruby."

The film is based on two biographical short stories about Ruby's life, "Ruby: A Dogwink Story" and "Dogwink Ruby," as told by American author SQuire Rushnell and comedian Louise DuArt.

"The world needs movies that make us feel good," said Rushnell, who's also an executive producer on the film.

"The real-life journey of Trooper Dan and a shelter dog named Ruby demonstrates how believing in our dreams can open doors of opportunity and divine direction that we couldn’t imagine possible," Rushnell told Fox News Digital. "‘Rescued By Ruby’ is a story of hope for everyone."

The movie is set to start streaming on March 17.

O’Neil told the Associated Press that he thinks Ruby’s accomplishment is a "true underdog story."

"It's like divine intervention. She was given a chance and she's been doing everything she can to pay it back," the corporal said. "You have this dog that was given up on, and she's changed so many people’s lives."