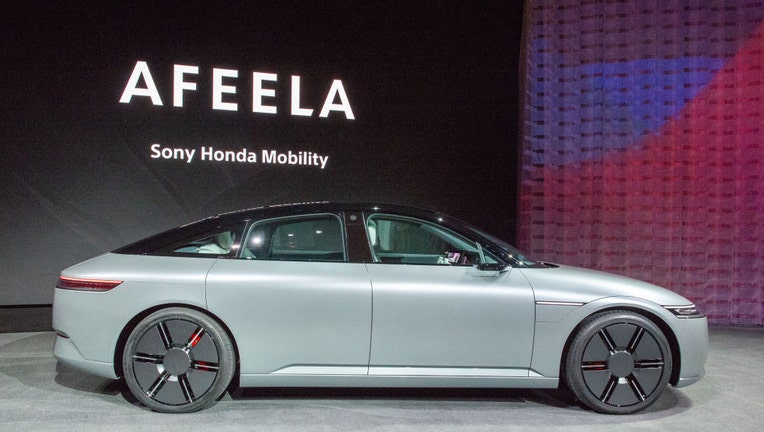 A prototype of an electric car from the new Afeela brand of the Japanese companies Sony and Honda is on display at the CES technology trade show in Las Vegas, Nevada on Jan. 4, 2023. (Andrej Sokolow/picture alliance via Getty Images)

Sony unveiled a new high-tech prototype car it will produce in partnership with Honda at the CES tech show Wednesday.
The vehicle, first announced in October, glided out on stage at the CES in Las Vegas, Nevada. It will be called the Afeela.

Yasuhide Mizuno, CEO of Sony Honda Mobility, said the company expects to take pre-orders in the first half of 2025 and deliver the first cars to customers in North America in spring 2026.

"As safety and security are essential to mobility, we will integrate Sony’s sensors and the Honda safety along with other intelligent technologies," Mizuno said.

RELATED: Honda investing $40 billion over next decade in massive shift to electric vehicles

Production of the vehicle will take place at one of Honda’s 12 plants in the U.S. The U.S. was chosen for the launch because electric vehicles are already popular there. Japan came second as Honda’s home market, and other markets, including Europe, will follow, but no dates have been set.