Golden State Warriors superstar Steph Curry graduated from Davidson College and had his jersey number retired in a ceremony on the campus. (Credit: Davidson Athletics / DavidsonWildcats.com via Storyful)

The Golden State Warriors superstar guard earned his bachelor’s in sociology in May, 13 years after he entered the NBA, but was unable to participate in the Davidson College spring graduation ceremony because he was playing in the NBA playoffs.

Curry returned to his alma mater Wednesday for an elaborate solo graduation ceremony on the university’s campus. The NBA finals MVP walked into the Belk Arena — where he played from 2006 to 2009 — wearing a graduation cap and gown with 5,000 people in attendance, including family, friends, fans, and students.

The Ohio native was also inducted into Davidson College’s Hall of Fame, and his No. 30 jersey number was retired by the school. Davidson purposely waited for Curry to graduate before retiring his number. 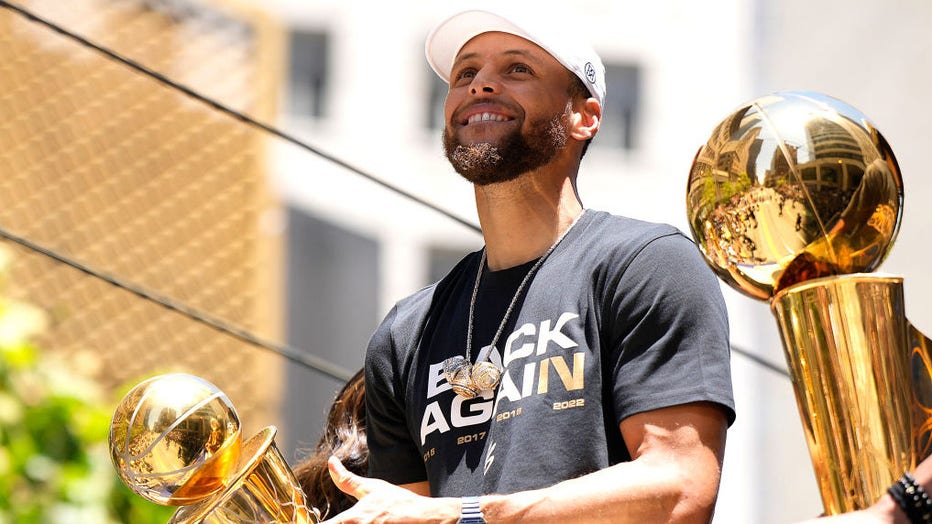 Curry became the first Davidson athlete in any sport to have his jersey number retired, meaning the No. 30 will never be worn by another Wildcats basketball player.

He also finished his career at Davidson as the school's all-time leader in points, 3-pointers, free throws, field goals, and steals. The future NBA Hall of Famer was also the Southern Conference's all-time leading scorer, set an NCAA record with 162 triples in 2008, and was a consensus All-American in 2009. He also led the Wildcats to the Elite Eight in 2008, according to ESPN.

The eight-time NBA All-Star turned pro after his junior season at Davidson, and only recently finished his final classes remotely to earn his degree.

Davidson’s director of athletics Chris Clunie called Curry "Davidson’s most extraordinary scholar-athlete" while inducting him into the school’s Hall of Fame and retiring his jersey number, which was revealed in the rafters of the basketball court.

FOX 2 San Francisco contributed to this story. This story was reported from Washington, D.C.