With a few hundred thousand visitors expected to travel to Phoenix for the Super Bowl, a particular challenge is to keep people safe. FOX 10's Marissa Sarbak has more on what law enforcement and private security are doing to help make the event safe for everyone.

PHOENIX - With hundreds of thousands of people getting ready to descend upon the Phoenix area for Super Bowl LVII, a big topic for the game's organizers is how to keep everyone safe.

The big game is set to take place at State Farm Stadium in Glendale, and a quick drive around the area shows the place looks a bit different than usual, with the stadium and parking lots now blocked by cement barriers, fencing, and 24/7 security.

"Our job with the Super Bowl is to do what is called ‘asset protection,’" said Anthony Wright, Managing Director of Desert Wall Security. "We basically have our guards on the outside of the stadium, guarding all of the equipment, some of the tents that are going up."

Wright’s team is one of a handful of Valley companies contracted to assist with Super Bowl LVII and everything surrounding it.

"A lot of the work right now is all at night, but as we get closer, it’ll be more daytime hours as well," said Wright.

Since Jan. 9, they have been manning checkpoints on the premises. Their workload is expected to ramp up as game day approaches.

"We’re running about close to 50 guards right now," said Wright. "The day of or a couple of days before, the week of, we are probably going to be running about 60. Those guys will probably be moving more close to the stadium."

Private sector security is an addition to the already heightened levels of security local, state, and federal agencies around the entire state are responsible for.

"My current assignment is the commander for the Homeland Defense Bureau," said Phoenix Police Commander Brian Lee. "I've been tasked with being one of the incident commanders to oversee the planning phase and the operational phase of the Super Bowl here."

Phoenix Police, like every other government agency, has been preparing staff for the last year for the influx of visitors.

"We have 26 different resource working groups, all which have assigned or designated specialized equipment or personnel that we bring to the table, to help support the operations planned during Super Bowl," said Commander Lee. 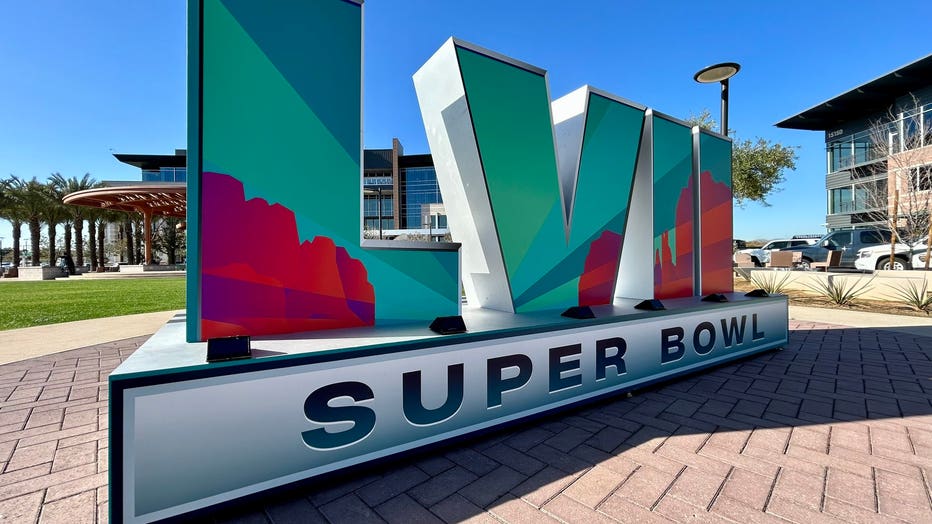