With the Big Game and the WM Phoenix Open happening on the same weekend, Sky Harbor Airport is gearing up for some busy times. FOX 10's Stephanie Bennett has more on what airport officials are doing to help travelers.

PHOENIX - Thousands of people are expected to flood into the Phoenix area for 2023's Super Bowl, and one of the busiest places will, of course, be Phoenix Sky Harbor International Airport.

With the expected heavy traffic, airport officials have some tips to ensure a smooth ride for travelers.

"The day after the Super Bowl, the Monday after, we anticipate it will be our busiest day of the year," said Heather Shelbrack with the airport.

According to airport officials, more than 180,000 passengers are expected to pass through Sky Harbor on the Monday after Super Bowl Sunday, representing an increase of 60,000 people from an average day.

In addition, the days leading up to Game Day will also be busy.

"We have been preparing over the last year for the upcoming Super Bowl," said Shelbrack. "We are working together with various airport stakeholders. That includes the City of Phoenix aviation personnel, operations, customer service facilities, as well as our concessionaire, our parking operators, TSA, local law enforcement, etc."

During the 2015 Super Bowl game in Arizona, over 12,000 rental cars were returned the Monday after the big game, which was triple the usual numbers at the time.

For the 2023 Super Bowl, the WM Phoenix Open will also take place on the same weekend. To help meet demand, the airport will have extra staff on duty, in addition to a new bag drop service.

"The Super Bowl Sunday, as well as the Monday after, we are going to be offering early bag check service at our Phoenix Sky Train stations, at the rental car center, and at the 44th Street station," said Shelbrack. "So this means that travelers will be able to check their bags before they board the train, and that is available for American, Southwest, United, and Delta."

Officials say it is best to arrive early to avoid any headaches. 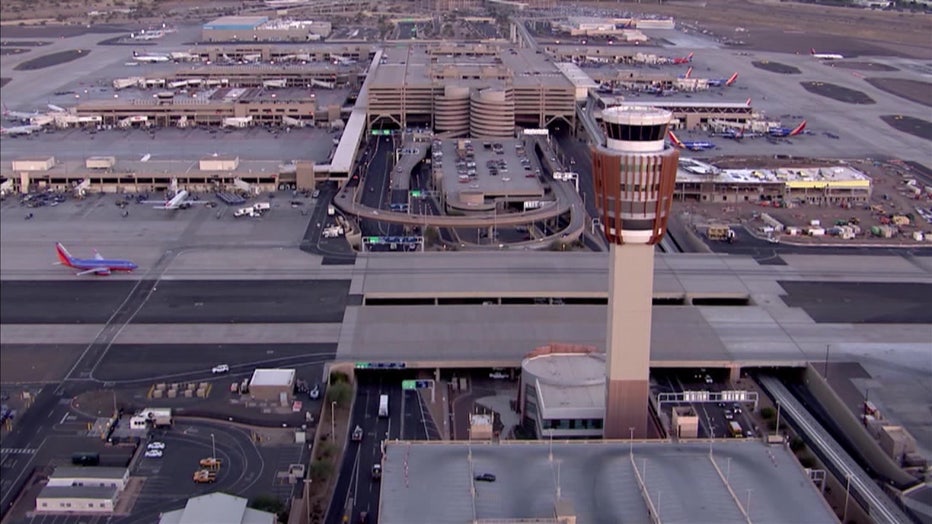