While experts say there are no apples-to-apples comparisons to go off of, in terms of sports betting, Arizona is expected to cash in during the upcoming Super Bowl. FOX 10's Nicole Garcia reports.

PHOENIX - Arizona will mark a major milestone in February, as the state will become the first state to host the Super Bowl after legalizing sports betting.

In terms of sports betting, Arizona is expected to cash in.

"Arizona will be the first state with sports betting to host the Super Bowl. We have no apples to apples comparisons to go off of," said Chris Boan with Betarizona.com.

During 2022's March Madness, Arizona’s handle was nearly $700 million, and with the Super Bowl, the state is expected to possibly set another record when it comes to sports betting.

Although the Super Bowl will be played in Glendale, Downtown Phoenix is expecting huge crowds, and sports books across the Valley are ready to see record breaking numbers throughout the month of Feburary.

"For the Super Bowl, we have over 2,000 ways to bet the Super Bowl," said David Grolman with Caesar's Sportsbook. "We come out with a prop sheet with 600 different prop wager. Everything from ‘will the coin flip be heads or tails?’ to ‘will the first score be a safety?'"

Although the state gets a small percentage of the wagers, it still adds up to several million dollars going into the state's General Fund. Sports betting was legalized in September 2021, and since then, the state has collected at least $27 million.

If you plan on taking part in sports betting, please play responsibly.

Problem Gambling Resources with the Arizona Department of Gaming 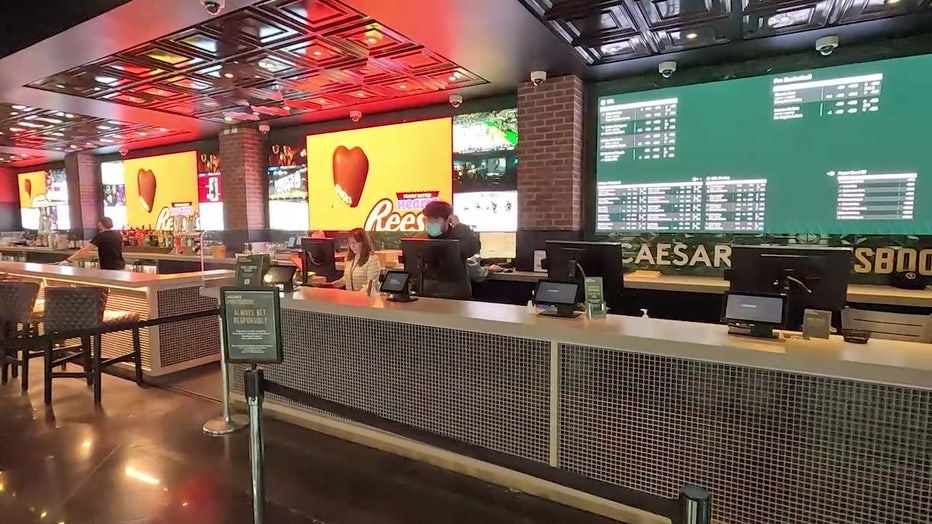