Silent Witness is looking for information after two 15-year-old boys were robbed at gunpoint in Phoenix on Nov. 5.

PHOENIX - Phoenix Police are looking for two suspects who robbed two teenage boys at gunpoint near 50th Street and Ray Road on Nov. 5.

Officials say the crime happened at around 10:23 p.m. that day, and that victims were both 15-year-old boys. One of the suspects reportedly pressed the barrel of a handgun against the neck of one of the victims, and the other victim was punched in the face.

The suspects stole cellphones and wallets from the two teens before fleeing in a sedan, officials said. 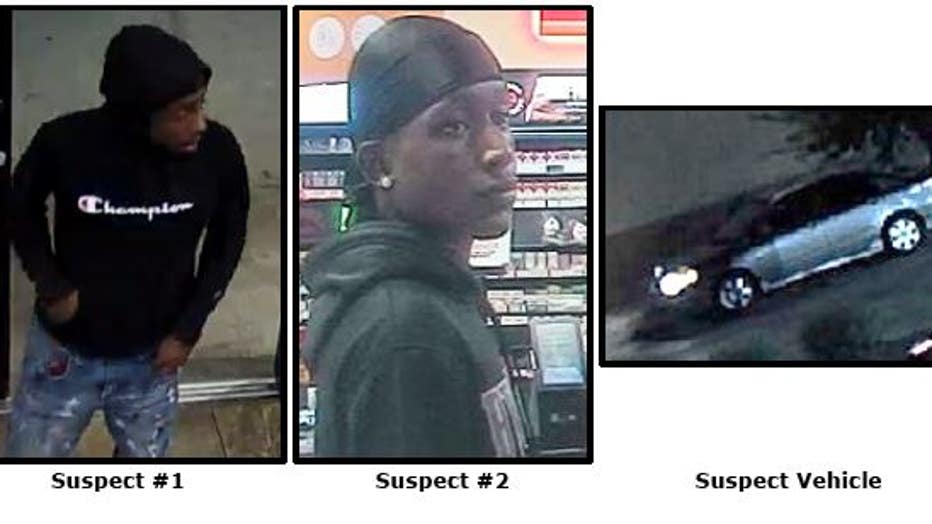 Police say the suspects are believed to be two 5'9", 160-pound Black males in their late teens. One of them was wearing a black ski mask.