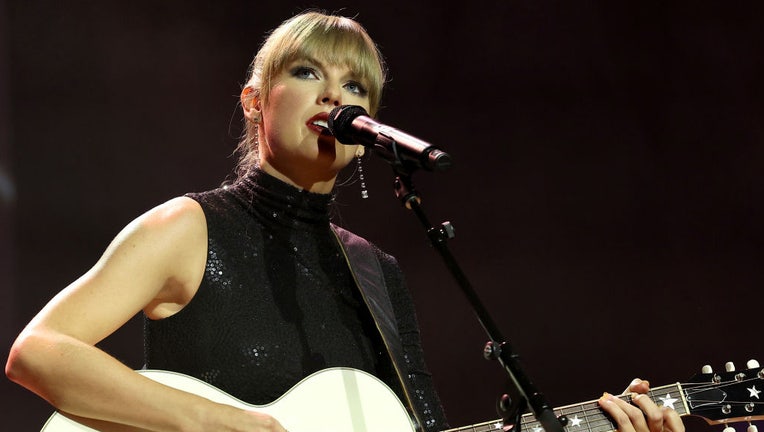 NEW YORK - Fresh off one of her biggest album launches of her career, Taylor Swift announced a new U.S. stadium tour starting in 2023, with international dates to follow.

The 27-date Eras Tour will kick off on March 18 in Glendale, Arizona, and wrap up with two nights in Los Angeles on Aug. 4-5 at SoFi Stadium. Tour openers will include Paramore, beabadoobee, Phoebe Bridgers, girl in red, MUNA, HAIM, Gayle, Gracie Abrams and OWENN.

RELATED: Taylor Swift announces "The Eras Tour," but no dates planned for DC, Maryland or Virginia

"I can’t WAIT to see your gorgeous faces out there. It’s been a long time coming," Swift said on Instagram, describing the tour as "a journey through the musical eras of my career (past and present!)."

Fans who receive a special code after registering will have exclusive access to buy tickets on Nov. 15. The rest of the public can get tickets starting Nov. 18.

Word of the tour came a day after Swift became the first artist in history to claim the top 10 slots of the Billboard Hot 100 chart with tracks from her new record "Midnights."