Teen may have jumped out of vehicle on the North Freeway, authorities say

Authorities say a teen girl died after exiting a moving vehicle in the southbound lanes of I-45 at FM 1960.

HARRIS COUNTY, Texas - Authorities say a teen died after she exited a moving car on a freeway in north Harris County on Monday night.

The incident occurred around 8:50 p.m. in the southbound lanes of the North Freeway near FM 1960.

Harris County Sheriff Ed Gonzalez said preliminary information revealed that a teen girl, possibly 15, was having a fight with her mother when she jumped out of a moving car. 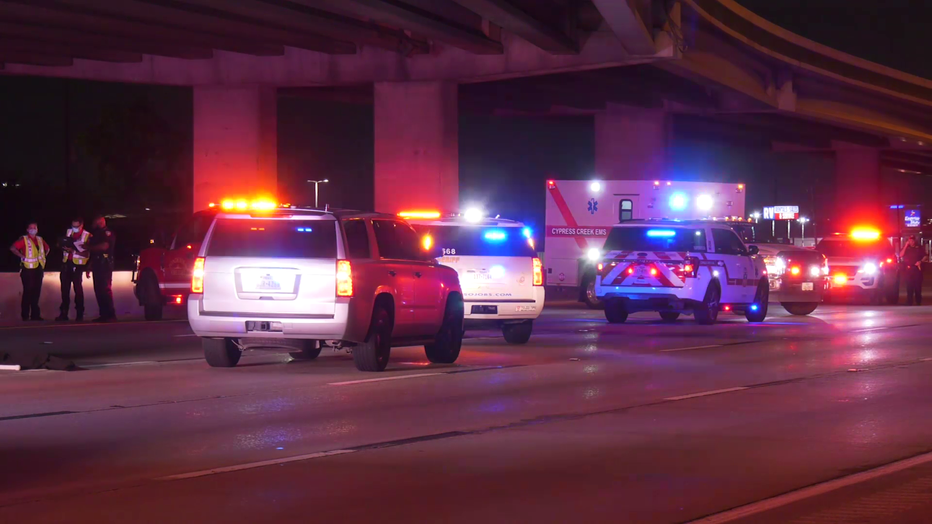 Another vehicle behind the car reportedly swerved to avoid hitting her.

Authorities at the scene said it was still unclear if another car struck the teen. Investigators were working to determine exactly what happened.