PHOENIX - An investigation is underway after shots were fired at a south Phoenix home, killing a dog and hurting a teenager early Wednesday morning.

Police say multiple gunshots were fired in a neighborhood near 48th Street and Broadway at around 3:30 a.m. on Aug. 10.

"The gunshots went through the house and struck one teenage male and the dog," officials said.

The teen was hospitalized but is expected to survive. The dog died. 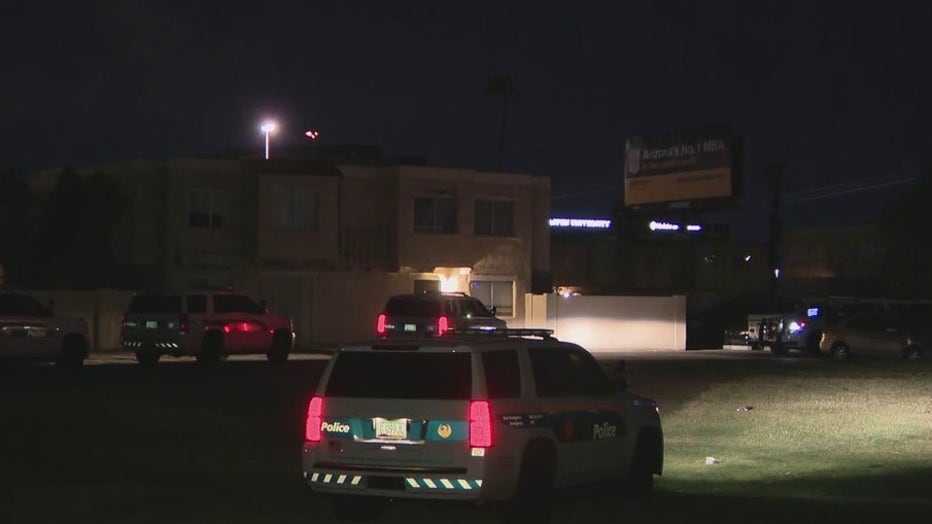 The scene of a shooting investigation in south Phoenix.