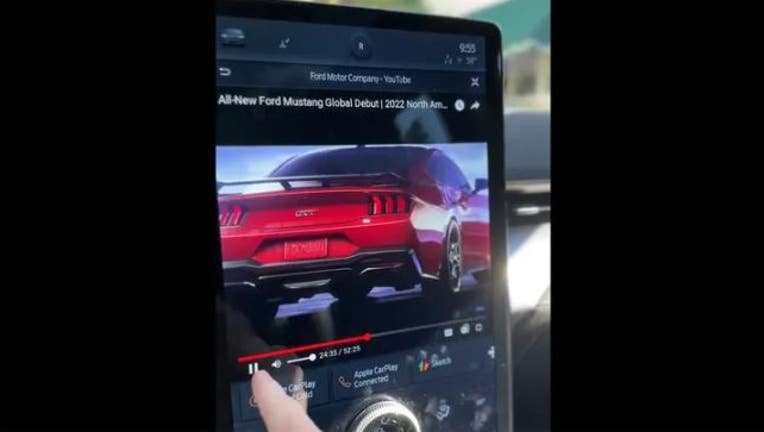 Ford's Sync 4A infotainment system is getting the ability to play videos while the vehicle is parked. (Ford / Fox News)

The electric Ford Mustang Mach-E is a quick car, particularly the GT model that can accelerate to 60 mph in just 3.5 seconds.

But it also spends plenty of time standing still.

Depending on the size of the pack, it takes 38 to 45 minutes to refill a Mach-E's battery to 80% at a public fast charging station.

That is on par with most of today's electric car models, but long enough that owners need to find ways to pass the time, whether its getting some work done or grabbing a bite to eat.

Ford is now giving its customers another way to stay entertained without leaving their vehicles. 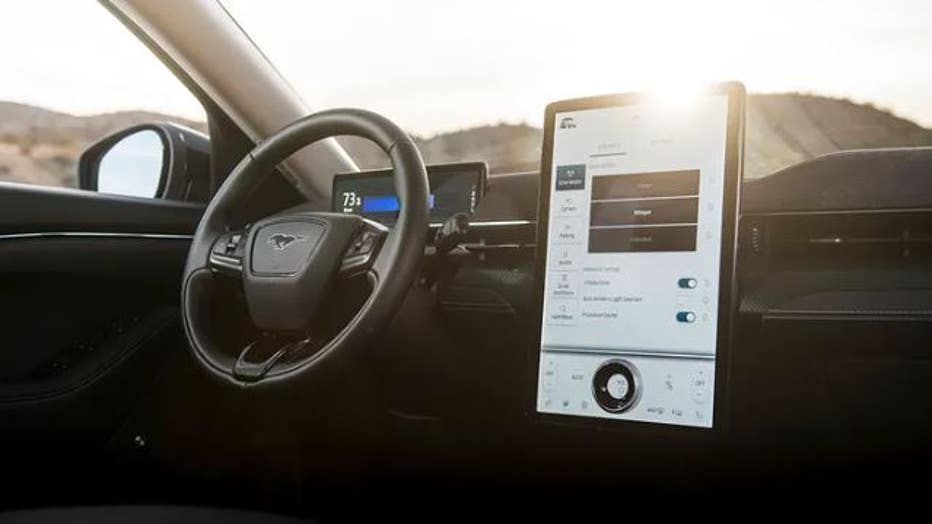 The Mustang Mach-E's Sync 4A infotainment system software is being updated over the air with a Power-Up that allows it to play YouTube videos, along with streaming apps from NBC.

The new feature was demonstrated in a video posted to Twitter by Ryan McManus, a director at the automaker's D-Ford human-centered design lab.

The video feature works anytime the Mustang Mach-E is in park, not just while charging, and requires either a connection to an external Wi-Fi network or a subscription to a wireless internet connection for the vehicle itself. 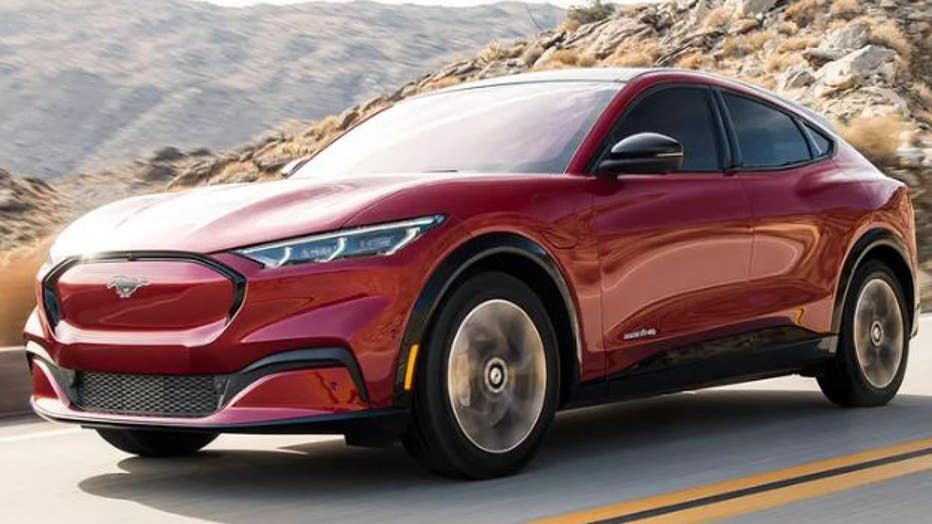 The Mustang Mach-E requires 38 to 45 minutes to recharge its battery to 80% at a public fast charging station. (Ford / Fox News)

Sync 4A is also equipped with several video games as well as a sketchpad feature, while Tesla currently offers games and YouTube along with Netflix and Hulu and other streaming video apps through its infotainment system.

Ford has not announced a specific timeframe for when all the vehicles with the Sync 4A system will receive the upgrade or when additional video apps might be added.

GET UPDATES ON THIS STORY AT FOXBUSINESS.COM