The Arizona election audit led by Republican state senators has wrapped up and Maricopa County officials are picking up nearly two million ballots and other subpoenaed items from the 2020 election at the Arizona State fairgrounds. The items will be taken to the Maricopa County Tabulation and Election Center and stored in a vault.

PHOENIX - Groups connected to prominent supporters of former President Donald Trump’s movement to cast doubt on the 2020 election results have raised more than $5.7 million for Arizona Republicans’ election audit, according to figures released on July 28.

Doug Logan, CEO of Cyber Ninjas, the little-known firm hired to lead the audit, ended months of silence about who was paying for it and how much it cost. The money from pro-Trump groups dwarfs the $150,000 contributed by the Arizona Senate, which commissioned the audit and hired Cyber Ninjas.

Among those leading the fundraising groups are Michael Flynn, Trump’s former national security advisor; Sydney Powell, his attorney who filed a number of baseless lawsuits challenging election results; Patrick Byrne, a former chief executive of Overstock.com; and correspondents from the pro-Trump One America News Network.

Republican Senate President Karen Fann says the audit is only meant to see whether improvements are needed to state election laws. But the audit has long been associated with the "stop the steal" movement, and Trump has predicted it will uncover evidence to support his discredited theories of fraud.

Before he was hired to lead the audit, Logan promoted Trump’s false narrative that the election was stolen from him, and pro-Trump media has aggressively promoted the effort. 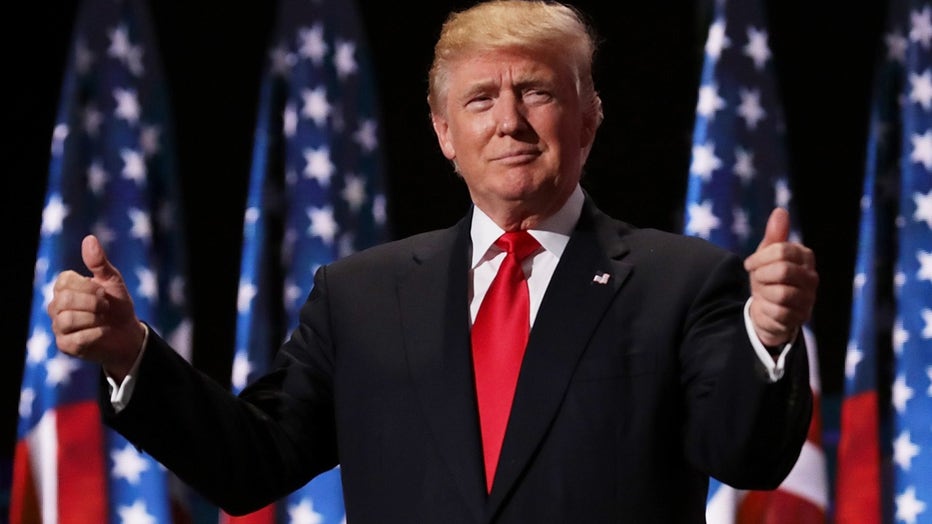 By far the largest funder is The America Project, led by Byrne, which Logan said has so far contributed $3.25 million. America’s Future, which lists Flynn as its chairman, contributed just over $976,000. Voices and Votes, led by OANN correspondents Christina Bobb and Chanel Rion, contributed $605,000; and Powell’s Defending the Republic gave $550,000. Election Integrity Funds for the American Republic, which Logan said is led by attorney Matthew DePerno, contributed $280,000. DePerno unsuccessfully sued Antrim County, Michigan, over the election.

Logan said several of the groups "have also provided operational support and advice pivotal in executing the audit."

Still unclear is where those groups got their money. They are organized as nonprofits and do not have to disclose their donors.

Logan has fought to keep the funders secret, though he acknowledged at the beginning of the audit that his $150,000 contract with the Senate wouldn’t cover the cost of the work the Senate hired him to do. He released the figures on the deadline for him to voluntarily comply with a request for information, including donor information, from the U.S. House Oversight and Reform Committee. Several public records lawsuits also seek information from the Senate and Cyber Ninjas.

The fundraising disclosure came the same day that a key figure in the audit said he planned to quit, then reversed course and said he had reached an agreement to stay on.

Former Republican Secretary of State Ken Bennett, the Senate’s unpaid liaison to Logan and the audit contractors, was the only audit leader with substantial experience in elections. His departure threatened to further erode the legitimacy of the unprecedented partisan post-election review.

Bennett was banned from the building where the audit is taking place because he gave data to outside election experts without informing the Senate leader or Logan. He said he wouldn’t put his name behind the audit without full access.

"It’s the audit that belongs to the people of Arizona, and if I’m going to put my credibility on the line that it’s something that they can trust and believe in, I can’t be locked out until the last moment," Bennett told conservative radio host James Harris on KFYI-AM.

Bennett later said in a text message that he’d reached an agreement with Fann, the Senate president, to stay on but did not release details.

The audit has come under fire from election experts who say Cyber Ninjas and other contractors are biased and using unusual procedures that won’t produce reliable results.

The county Board of Supervisors met privately Wednesday to discuss a new subpoena issued by the Senate this week for materials related to the election. Afterward, Chairman Jack Sellers, a Republican, said the board "discussed various options with our legal counsel and will take the coming days to do our research."

Senate President Karen Fann says the ballots are being returned to Maricopa County, as the Senate waits for the draft and final reports. FOX 10's Linda Williams reports.

The Yavapai County Sheriff's Office says the body of Faith Moore was found near where she was washed away by floodwaters on July 24.

A Grand Canyon University student was shot and killed inside a California movie theater while visiting home on summer break, the university said.