Security cameras captured debris raining down onto a public park in Kremenchuk, Ukraine, on Monday, June 27, as missiles struck the nearby Amstor shopping center, killing at least 18 people and injuring many others.

Stunning footage has emerged of debris raining out of the sky in a public park — sending terrified Ukrainians running for cover — documenting the immediate aftermath of a shopping mall airstrike this week that President Volodymyr Zelenskyy called "one of the most daring terrorist attacks in European history."

The surveillance videos were captured in Kremenchuk on Monday just moments after Russian missiles hit the nearby Amstor shopping center. The strike left 18 dead out of the more than 1,000 civilians Zelenskyy said were inside the building at the time.

In a dramatic scene captured on the video, a Ukrainian couple lounging under a tree at the park is seen springing to their feet before the shockwave from the explosion sends the male individual tumbling to the ground. 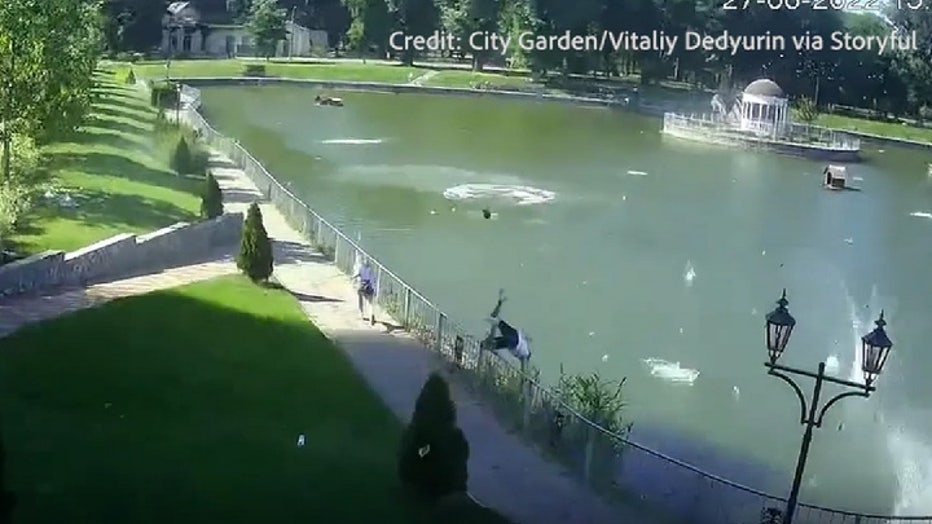 A Ukrainian is seen leaping into a pond as debris starts falling from the sky. (City Garden / Vitaliy Dedyurin via Storyful)

As bits and pieces of the shopping center start falling from the sky, the man leaps over a fence into a pond while the woman sprints away from the area.

In another part of the footage, a man picks up a child and starts running away from the water after hearing a disturbance.

He then shields the child under a tree as a fireball can be seen in the distance and debris starts smashing into the ground. 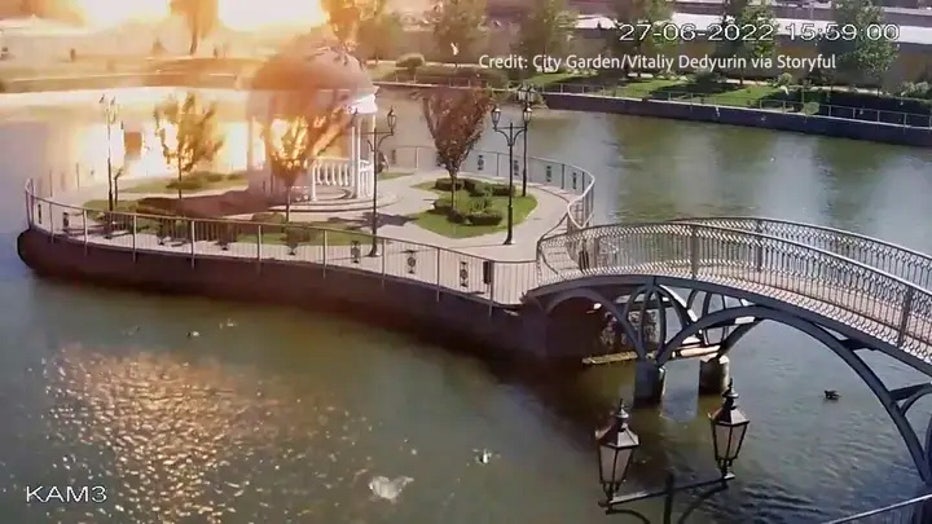 The deadly blast has brought worldwide condemnation, with G7 leaders in a joint statement calling it "abominable" and noting that "indiscriminate attacks on innocent civilians constitute a war crime."

Kremenchuk, in central Ukraine, lies between its capital of Kyiv and the eastern Donbas region, where fighting has been raging in recent weeks.