Travel experts say even if you can find a rental car, you might end up paying 10 times the normal amount as rental car companies struggle to increase their inventory — but there are ways to find a cheaper ride.

WASHINGTON - The Transportation Department will propose that airlines be required to refund fees on checked baggage if the bags aren't delivered to passengers quickly enough.

The proposal, if made final after a lengthy regulation-writing process, would also require prompt refunds for fees on extras such as internet access if the airline fails to provide the service during the flight.

A department official said the agency will issue the proposal in the next several days, and it could take effect by next summer.

The proposal will require refunds if airlines fail to deliver a bag within 12 hours of the passenger's U.S. flight touching down or within 25 hours after an international flight. 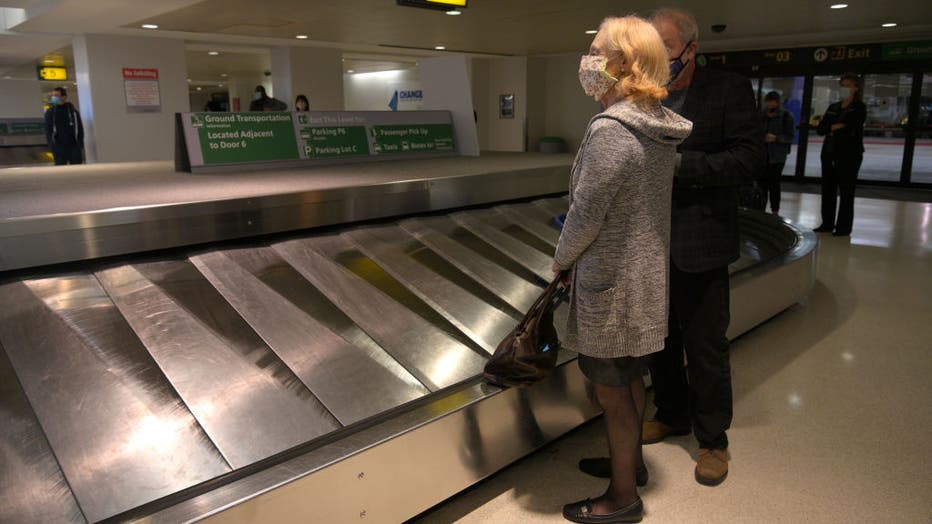 Current regulations require refunds only if bags are lost, although airlines must compensate passengers for "reasonable" incidental expenses incurred while their bags are delayed. The government does not know how often airlines keep fees even when bags are significantly delayed.

The bag-fee proposal is the first of several airline-consumer regulations coming from the Biden administration, according to a senior Transportation Department official, who spoke on condition of anonymity to discuss a proposal that hasn’t been made public.

Last year, more than 100,000 consumers complained to the government about airline service. Refunds were the biggest gripe, although most claimed airlines refused to give refunds to consumers who canceled trips because of the pandemic. The Transportation Department is seeking a $25.5 million fine against Air Canada, but has not taken action against other carriers over refunds for canceled flights.

In 2019, the last full year before the pandemic, passengers paid U.S. airlines $5.76 billion in fees on checked bags, according to the Transportation Department. That dropped to $2.84 billion last year when travel slumped because of the pandemic. The figures do not include fees for carry-on bags.

For many years, customers could check one or two bags on almost any airline without paying a fee. That began to change during a travel slump caused by the financial crisis of 2008. Now, most U.S. airlines other than Southwest charge even for a single bag, although fees are usually waived for customers who buy high-fare tickets or carry the airline's credit card.

American Airlines generated $2 billion from checked-bag fees over the past two years, followed by Delta Air Lines and United Airlines, each around $1.5 billion. Because of their smaller size, discount airlines including Spirit and Frontier reap less money but get a higher percentage of revenue from the fees.