The department released the video on March 9 following internet claims that shredded ballots were discovered in a dumpster outside the building near Third Avenue and Jefferson Street in Downtown Phoenix.

The video was taken last Friday afternoon and first shows two women at the main entrance of the building. One of the women is taking photos and is talking to someone inside. She is then handed a piece of paper, which elections officials said was a voter registration form.

One of the women is then seen on video the following day outside the tabulation center. A camera at the north dock shows the woman and two men getting out of an SUV near dumpsters behind the building.

One of the men is seen digging through the dumpster and pulls out a yellow bag. 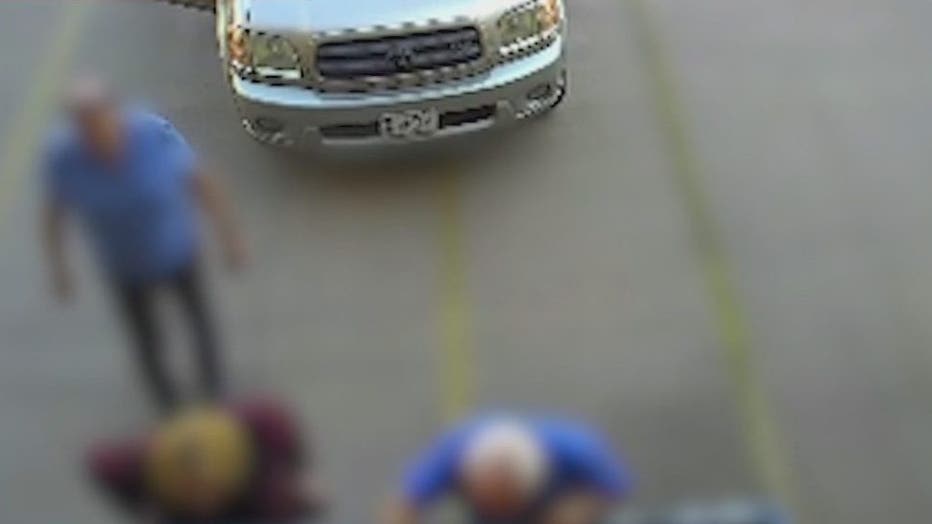 After taking some selfies and pulling out what appears to be a piece of wood, the three allegedly tried to break into the warehouse, but they never made it inside.

"I want to be very clear: I can say with 100% certainty that the 2.1 million legally voted ballots from the November General Election are safe and accounted for in the Elections Department vault, under 24/7 surveillance," Maricopa County Recorder Stephen Richer said in a statement to FOX 10.

Richer also said none of the ballots have been shredded or thrown away.

"I do not know what was in the yellow bags that have appeared in photos online because I have not seen the contents of these bags," Richer continued. "After speaking with the voter registration team, I've confirmed that we shred a variety of non-classified documents. In addition, we also destroy deceased voter ballots since they could never be legally tabulated." 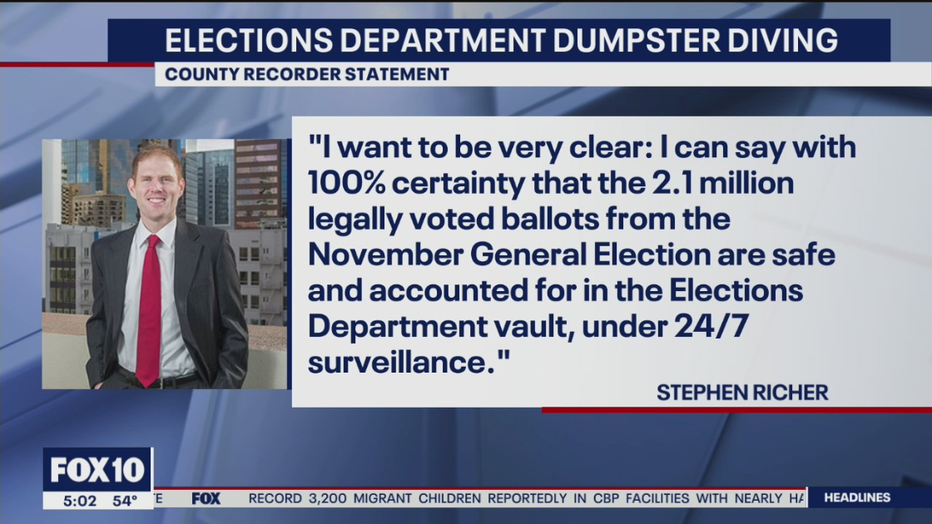 Voters would have to include an affidavit with their birthdate and the number from their driver’s license, state ID or tribal identification card. If they don’t have one of those forms of ID, they could include their voter registration number and a copy of a utility bill.

The Arizona State Senate apparently does not know what to do with 2.1 million voted ballots, after they spent more than two months fighting to enforce a subpoena seeking access to them.

The bill by Sen. Michelle Ugenti-Rita, R-Scottsdale, would purge people from the early voting list if they skip the primary and general election for two cycles in a row.