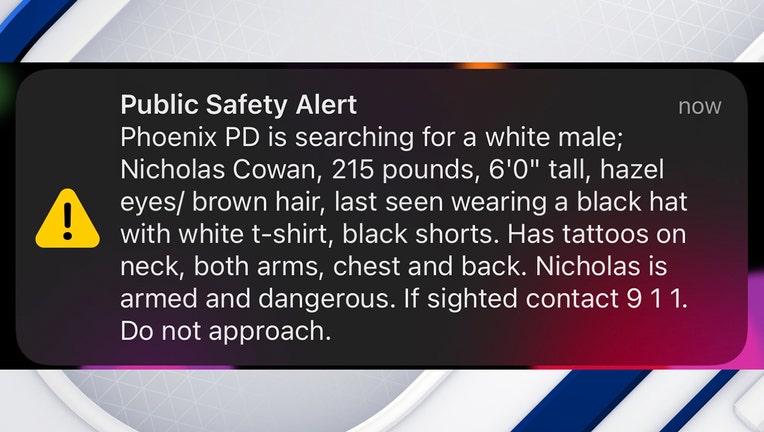 A Public Safety Alert that was sent to smartphones, with descriptions of a suspect involved in a shooting that left a police officer badly injured.

PHOENIX - An alert issued by officials with the Arizona Department of Public Safety on April 14, 2022 has once again ignited public discussions on what is a "Blue Alert."

Here's what you should know about the alert.

What is a Blue Alert?

According to DPS' website, a Blue Alert aims to provide "immediate information to the public through issuing and coordinating alerts using various resources following a violent attack upon a law enforcement officer."

"The goal of the Blue Alert is to protect the public and officers through efficient information dissemination and communication that results in quick and safe apprehension of suspect(s) when such attacks occur," read a portion of the website.

A Blue Alert is one of three alerts in the DPS Alert System, the other two being Silver Alert and AMBER Alert.

Are there criteria for issuing a Blue Alert?

Arizona law lists specific conditions that will allow for a Blue Alert to be issued.

How will state officials send out a Blue Alert?

According to DPS' website, a Blue Alert can be sent out via the Emergency Alert System (EAS) on television and radio, as well as Wireless Emergency Alerts (WEA), which is received by smartphones.

Besides sending out a Blue Alert via EAS and WEA, Blue Alerts are also sent out via social media, DPS' website and apps, ADOT message boards along freeways, and All-Points Bulletin to law enforcement officers.

Haven't we seen a Blue Alert before? 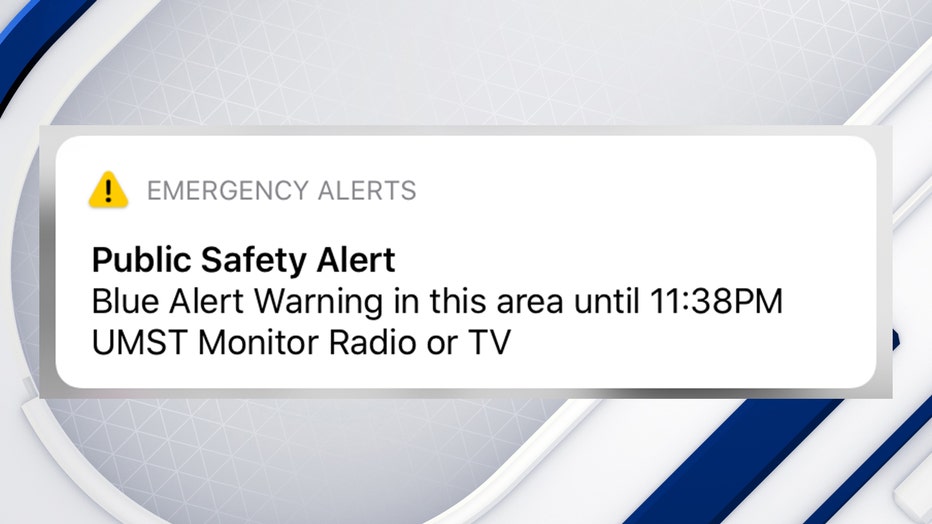 In September 2020, a Blue Alert was sent to the mobile devices in the Phoenix area, in the aftermath of an apparent ambush involving an Arizona Department of Public Safety trooper in Phoenix. A 17-year-old suspect was taken into custody, but troopers were still searching for the driver.

The alert caused some levels of confusion at the time, for it merely read, "Blue Alert Warning in this area until 11:38PM UMST Monitor Radio or TV," with the title "Public Safety Alert."

Is Blue Alert an Arizona thing?

There have been documented instances of a Blue Alert being issued in Alabama, California, Tennessee, and Texas.