According to the National Park Service, 48-year-old Arturo Hernandez was found safe by helicopter on Tuesday in the Grand Canyon after going missing Sunday. FOX 10's Jennifer Martinez spoke with the man's wife.

GRAND CANYON NATIONAL PARK - A search operation underway in the Grand Canyon for a Surprise man who has not been since Sunday morning ended on a happy note on Aug. 24.

According to the National Park Service, 48-year-old Arturo Hernandez was last seen east of Hermit Creek Camp on the Tonto Trail at 11 a.m.

On Aug. 23, officials received a report of two overdue hikers on the Hermit Trail. Several hours later, one of the hikers reached the trailhead, however, Hernandez did not and was reported missing.

Rangers then hiked the trail and performed an aerial search, but Hernandez was not found.

Search efforts continued Tuesday with six ground teams and aerial searches, and by 2 p.m., he was found.

Following Hernandez's rescue, his wife, Emily Hernandez, was emotional and grateful for the efforts by rescue crews.

The person who was hiking with Hernandez is his sister, Veronica Morgan. When Hernandez started to cramp up a the bottom, he and Morgan split up, with Morgan going off and looking for help.

Morgan, however, struggled to get up the canyon.

"My sister-in-law was found first. She got herself up. She spent the night in the canyon, was able to wave down a worker, and they immediately assisted her, and they called me shortly after and told me that she had been found and that he hadn’t, and the panic set in," said Emily.

When Hernandez was found, he was weak and unable to walk.

"He said himself that it was a miracle he was alive," said Emily.

Hernandez is still recovering at the hospital. 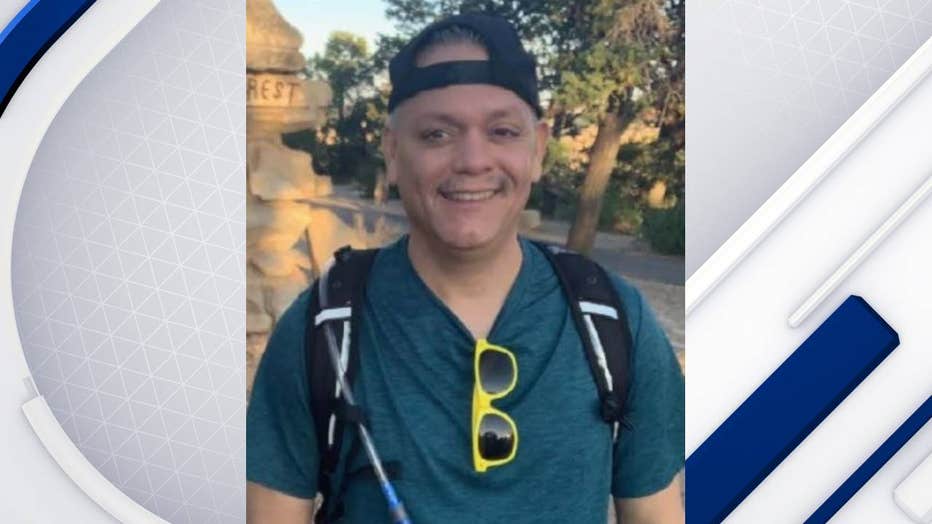