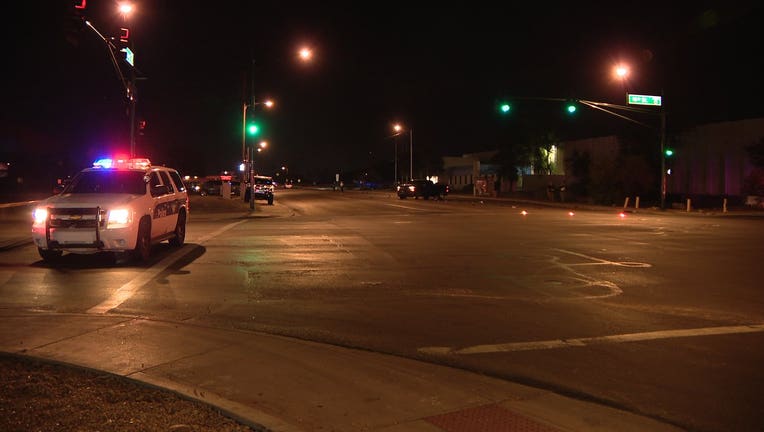 Scene of a hit-and-run on 16th Street and Broadway

PHOENIX - Phoenix police are investigating after a woman was hit and killed by a car near 16th Street and Broadway late Wednesday night.

Officers responded to a call of a pedestrian who was hit by a car at 8:26 p.m. on June 2. The victim, identified as 63-year-old Pamela Desoto, died by the time first responders arrived.

A preliminary investigation suggests that Desoto was crossing the street when she was hit by a car going down Broadway Road.

The driver did not stay at the scene, and police say the car involved was a dark-colored vehicle.

Anyone with information is asked to call Phoenix Police or Silent Witness at 480-WITNESS.