US eliminated from World Cup

The Netherlands beat the Americans 3-1 to advance to the quarterfinals.

The 2022 World Cup knockout stage started with United States men's national team losing 3-1 vs. Netherlands, sending the USMNT home in the round of 16 for the third time in each of its last three World Cup appearances.

It was a disappointing end for a rebuilt U.S. team hoping to advance past the round of 16 for the first time since 2002. Using the second-youngest squad in the tournament, the Americans achieved the bare minimum to consider the World Cup a success, beating Iran in their group-stage finale to reach the knockout round.

"When you play a team with so much quality like that and you give them three, four chances, they’re going to put three or four away," United States captain Tyler Adams said. "We can show that we can hang with some of the best teams in the world, some of the best players in world, and that’s a lot of progress for U.S. soccer. We’re moving in the right direction, for sure, but we need to keep pushing, because we’re not there yet. But we’re close." 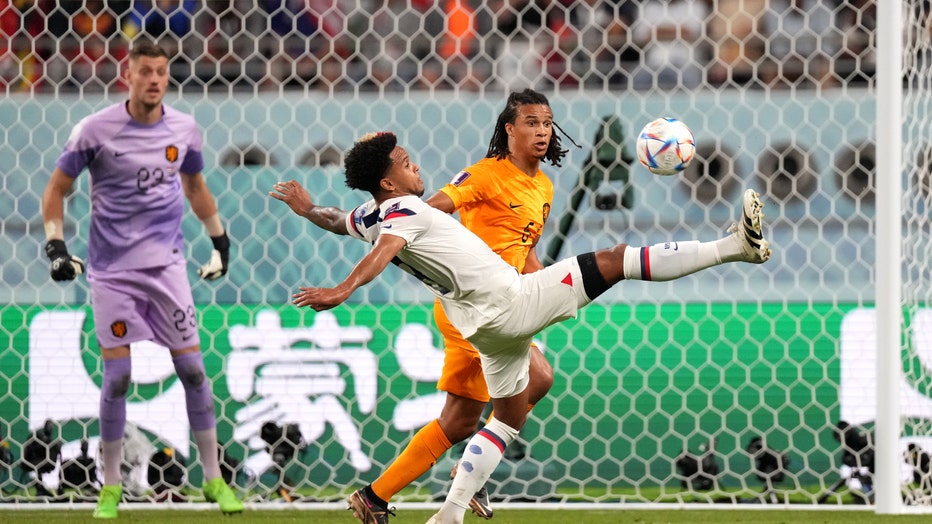 Weston McKennie of USA competes for the ball with Nathan Ake of Netherlands ,during the FIFA World Cup Qatar 2022 Round of 16 match between Netherlands and USA at Khalifa International Stadium on December 3, 2022 in Doha, Qatar. (Photo by MB Media/Ge

Here are the top fan moments and social media reactions:

The Netherlands will next play Friday at Lusail Stadium, the site of this year’s final.

The Americans begin the 2026 cycle with a match against Serbia on Jan. 25 in Los Angeles and face Colombia three days later in Carson, California. The games are not on FIFA dates, meaning mostly Major League Soccer players will be used.

LINK: Get updates and more on the 2022 World Cup at foxsports.com.