Scottie Selke, 57, was driving in the Queen Creek area when he was hit head-on by a driver. Months later, he's heading home from rehab after making major steps toward recovery.

QUEEN CREEK, Ariz. - An Ahwatukee man is fighting for his life in the hospital as authorities say he's the victim of a crash caused by an alleged wrong-way drunk driver.

Nearly 7 months later, he's made major steps toward his recovery and the driver who reportedly caused the crash was arrested.

The Maricopa County Sheriff's Office is investigating the case, and we have learned that the driver reportedly at fault is also in the hospital, recovering from her injuries.

Meanwhile, Scottie Selke's family says his life may never be the same. "One day, your dad is here and everything, and then the next, he's fighting for his life," said Sarah Lamb, Selke's daughter.

Lamb woke up to banging on her door during the late-night hours of Feb. 10.

"My brother was there. My phone's on silent, and he basically was, like, 'you need to sit down for this,' and that's when we were told he was in a car accident," Lamb recounted.

The head-on crash happened at around 9 p.m. on Feb. 10, near Hunt Highway and Stacey Road in Queen Creek. Selke, 57, was taken to Chandler Regional Hospital in critical condition.

According to officials with MCSO, a woman driving the wrong way collided with Selke. The woman is believed to have been drinking and also had a passenger in the car.

The woman is identified as Laura Gonzales. 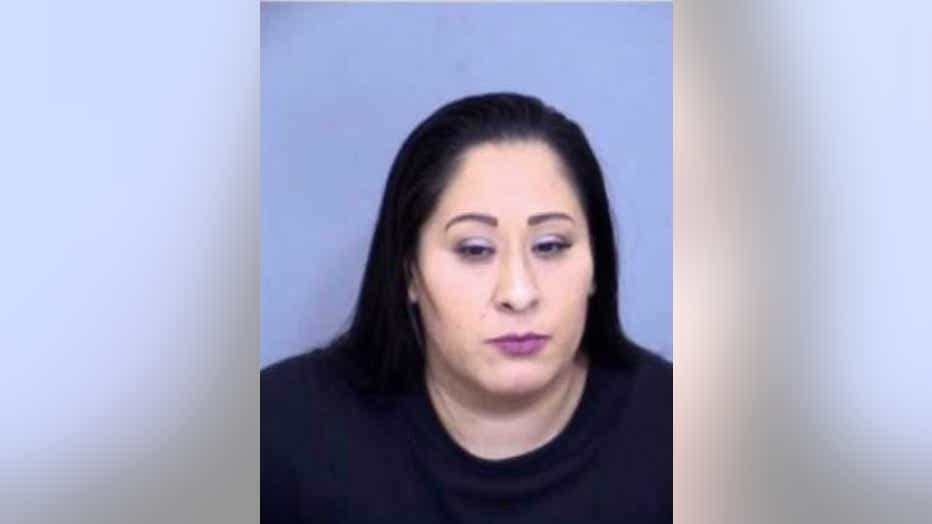 "Most likely, he's gonna have to have 20 to 30 more surgeries," said Lamb. "Every bone below his neck was shattered besides his spine."

Lamb says Selke may not be able to walk the same again, let alone work. A husband, father, and grandfather, Selke is missed by his loved ones who can't be next to him due to the ongoing COVID-19 pandemic.

"I love him so dearly, and we have all just been devastated," said Lamb.

Selke's family is focused on his recovery, but also hopes drivers stay sober on the road.

"There's Uber, there's Lyft now. There's no excuse to get in a car when you're intoxicated," said Lamb. 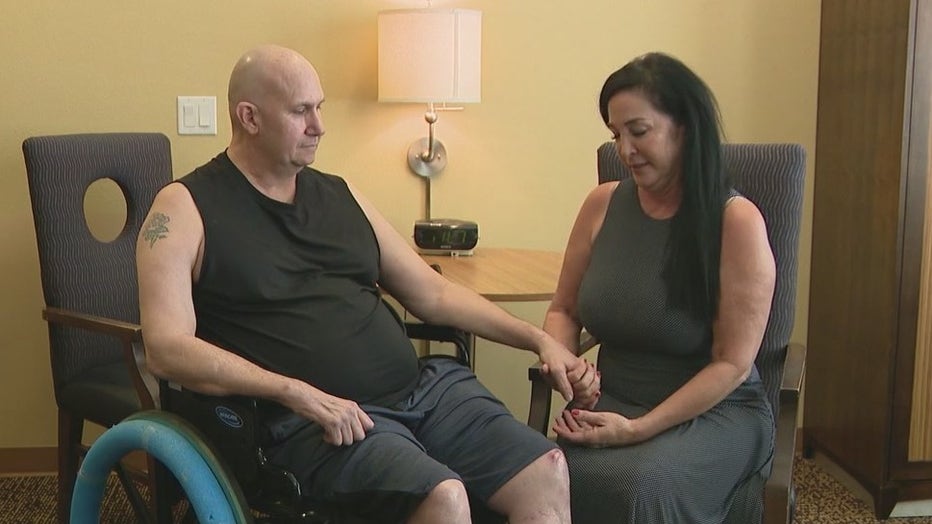 Each step Selke takes brings him closer to normalcy.

He recently spent his last day at Sante in Chandler, the rehab center he lived at for most of this year after the crash that changed his life.

"I don’t even remember the accident. Traffic was light, I was coming up around the bend and then the rest is kind of a blur," Selke said.

He added, "It was so bad, I remember the pain. The pain, sometimes it was unbearable."

Several surgeries later, Selke would end up rehabbing each day. His wife Julia dropped everything to be by his side.

"I put all my stuff in storage, I quit my job to be with him every single moment of every day," she said.

It took hard work, but slowly, Selke healed and he's still learning to walk again. On Tuesday, he went home with his family.

His wife says, "I just couldn’t imagine life without him."

The Selke family thanks the staff who cared for him, supporting him through his toughest journey.

"I’m just so happy. I couldn’t have been more happy to be alive. There's nothing to complain about," he said.

Authorities believe the driver responsible for the crash was under the influence at the time of the incident.