PHOENIX - Devin Booker helped Phoenix to the NBA Finals in 2021, then played a huge role in helping the Suns to the league’s best record this past season.

They can’t wait to see what he does next.

To no surprise, the Suns gave Booker a four-year extension early Friday that will begin with the 2024-25 season and pay him an additional $224 million over that span. Combined with what he’s already made, and what he’ll make over the next two seasons, the extension guarantees that Booker will be up to nearly $400 million in on-court earnings alone by the time that deal expires.

Booker’s agent, Jessica Holtz, confirmed that the deal was struck. It can be signed as early as July 6, when the NBA’s offseason moratorium on player movement is lifted and most new contracts and extensions can be officially executed.

Booker doesn’t even turn 26 until Oct. 30, and he is already firmly among the best of the best in the NBA. Booker has been an All-Star in each of the last three seasons, plus is coming off a year where he averaged a career-best 26.8 points per game.

He was All-NBA for the first time this past season, which made him eligible for the supermax extension. 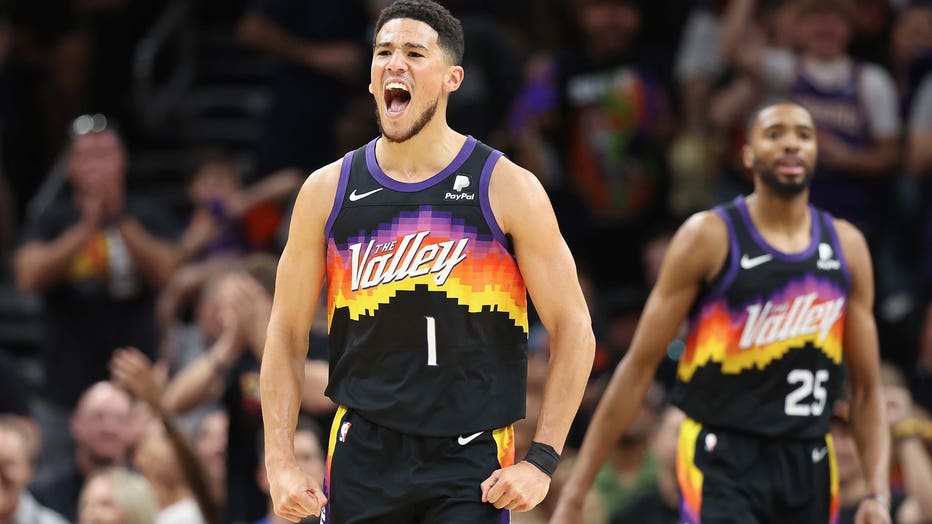 PHOENIX, ARIZONA - MAY 02: Devin Booker #1 of the Phoenix Suns reacts after scoring against the Dallas Mavericks during the first half of Game One of the Western Conference Second Round NBA Playoffs at Footprint Center on May 02, 2022 in Phoenix, Ari (Photo by Christian Petersen/Getty Images)