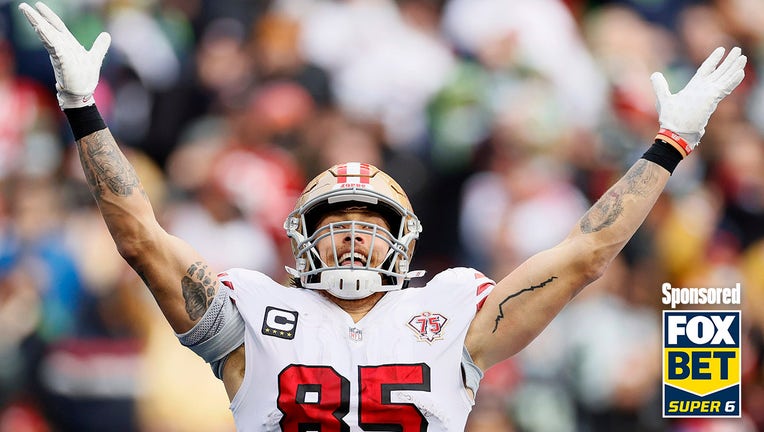 George Kittle of the San Francisco 49ers reacts after scoring a touchdown during the second quarter against the Seattle Seahawks at Lumen Field on December 05, 2021. (Photo by Steph Chambers/Getty Images)

Jingle all the way to the bank!

From Michigan to Idaho, Oklahoma to Indiana, contestants from all across the country took a shot at Terry's cash.

For a chance to win the contest, players must pick six outcomes from Sunday’s NFL games. They must choose the winner of each game and also pick the margin of victory. The game is completely free to play, and getting all six picks correct means jackpot.

Almost one million people tried their hand at last week's NFL Sunday Challenge, but only six players guessed all the games correctly. They will split the $100,000 jackpot and take home approximately $16,666 each.

We chatted with a couple of these fortunate folks — a military veteran from Illinois and a diehard Panthers fan from North Carolina. 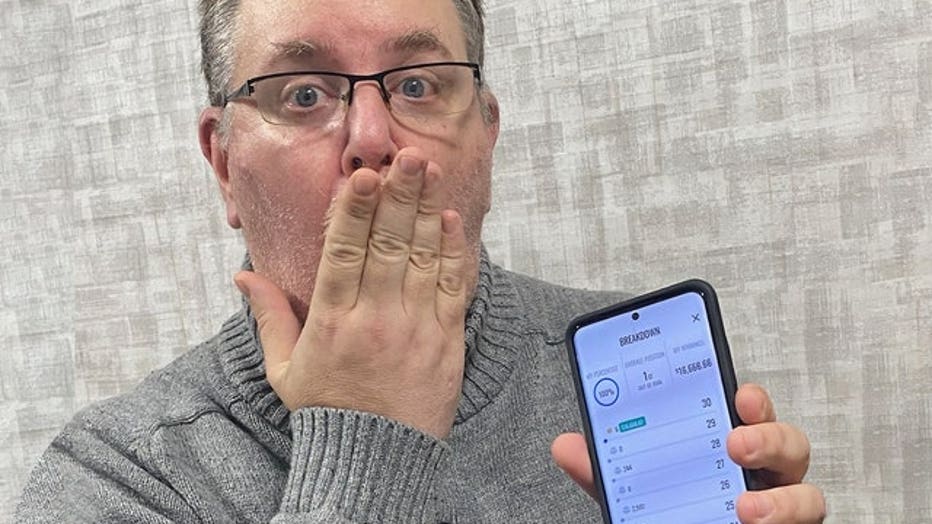 Stephen Joseph of Grayslake, Illinois shows off his winning screen.

Arizona over Chicago by a margin of 10 to 14 was one of last week's winning picks.

A social worker from Grayslake, Illinois, Stephen said that his wife teased him all day about whether he'd win. And then his ticket hit! When Joseph told his co-workers, he was able to get seven people from his office to sign up to start playing Super 6.

"All of my colleagues know that I won, and I even had one of them ask me to adopt her," he laughed. "And she's a grown woman."

Joseph, though, got emotional when talking about his plans for his winnings. The veteran, who served in the Navy from 1984 to 2004 on five different deployments, suffers from PTSD. 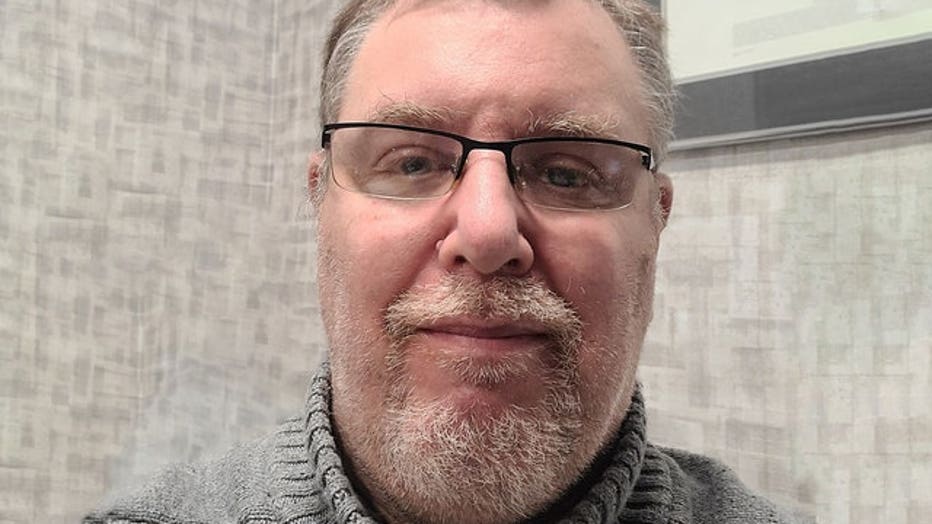 Wounded Warrior and Folds of Honor, organizations that support United States veterans, will also get a share of Joseph's jackpot.

"We have to take care of our own," the proud veteran said.

The second winner we spoke with from last week's NFL Sunday Challenge was 24-year-old Leanne Speece from North Carolina.

"This is my second year playing, and I'm still so surprised that I won," the loyal Carolina Panthers fan said. "But the Panthers didn't play last Sunday, and I'm happy because I really have a hard time picking against them."

Speece, who works at a bakery in Charlotte, said that playing NFL Sunday Challenge is a family affair. 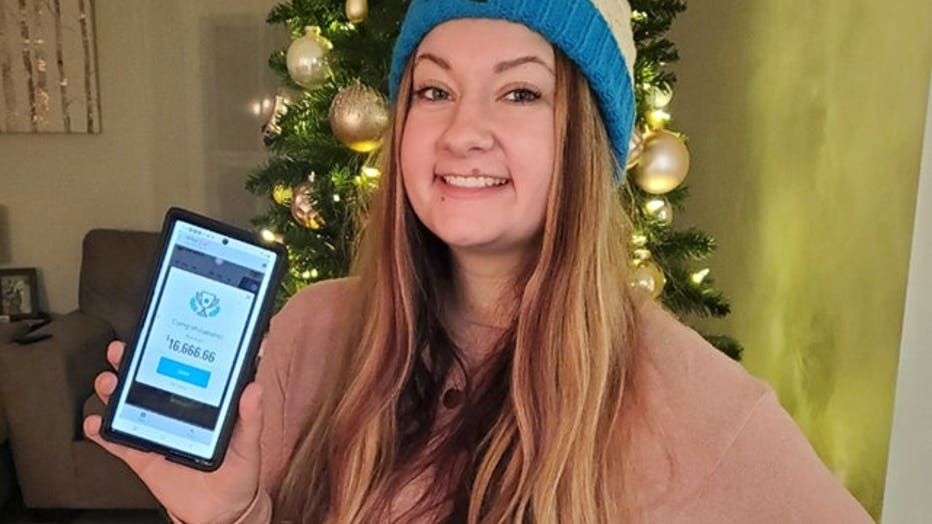 "My dad plays, my husband plays, and we send our picks to each other and compare," the competitive Speece acknowledged. "But this week, my husband only got 19 points, while I got all 30."

Though Speece is a diehard NFL fan, she also plays the baseball and NASCAR games in the app. Some of her NFL Sunday Challenge winnings, she decided, will go toward a much-needed vacation.

"This time of year as a baker I work super long hours for the holidays, so my husband and I are definitely talking about taking a trip with our dogs after the holiday season," she stated. 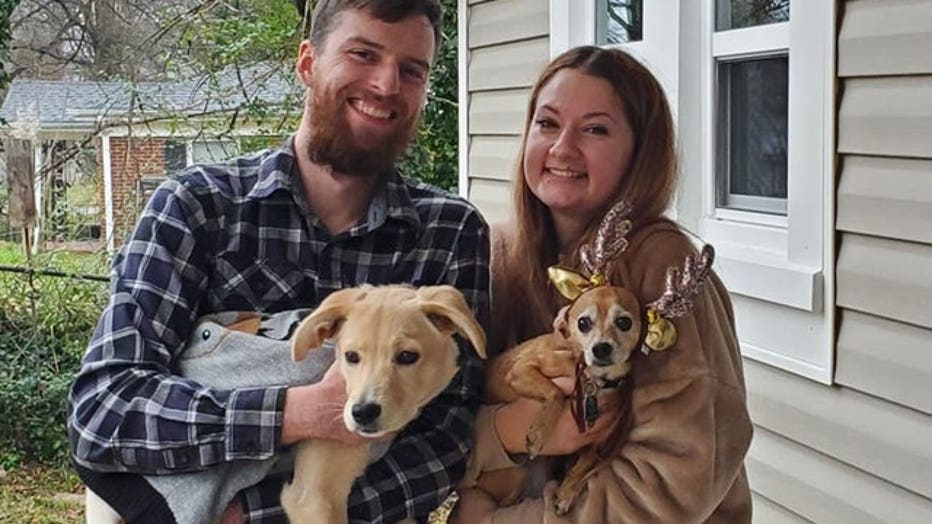 Speece is excited to spend some of her winnings on a trip with her family.

In addition to taking a trip, an energetic Leanne said she wants to use some of her money to complete a couple of home renovations. And there's also a special person in her life that she hopes her winnings will help.

"My sister is due to have her third son in four years in nine days," the proud aunt boasted. "And she's my best friend and a great mom, so I really want to do something nice for her."

The FOX Bet Super 6 app launched in September 2019. Since then, nearly six million dollars has been paid out to contestants across the country. All participants must be at least 18-years-old and legal residents of the United States.

Get in on the action because you could be next.

And just when you thought Terry's giveaways couldn't get any better, the upcoming holiday prize is even BIGGER. Stay tuned for our huge announcement!

Download the FOX Super 6 app for your chance to win $30,000 of Terry's money in tonight's Thursday Night Football challenge and for a try at $100,000 in Sunday's NFL challenge. Download and play today!

No purchase necessary. Open to legal residents of the US, excluding WA. 18 and older. See terms and conditions at foxsuper6.com. Sweepstakes and Prize Sponsored by TSG Interactive US Services Limited.