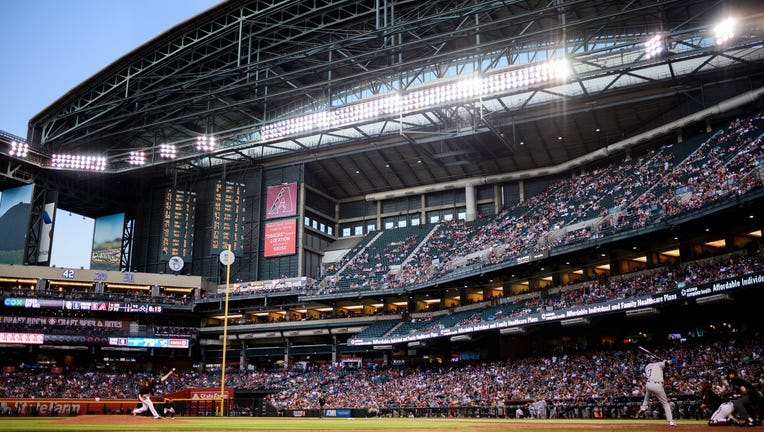 Robbie Ray #38 of the Arizona Diamondbacks delivers a pitch to Manuel Margot #7 of the San Diego Padres in the fourth inning of the MLB game at Chase Field on September 28, 2019 in Phoenix, Arizona. (File photo by Jennifer Stewart/Getty Images)

NEW YORK (AP) — Putting all 30 teams in the Phoenix area and playing in empty ballparks was among the ideas discussed Monday by Major League Baseball and the players’ association.

The sides held a telephone call to talk about paths forward for a season delayed by the new coronavirus pandemic, people familiar with the discussion told The Associated Press. They spoke on condition of anonymity because no details were announced.

Ideas are still in the early stage, and the Arizona option would have many obstacles to overcome, the people said.

Half of the MLB clubs hold spring training in Arizona, the other half in Florida. 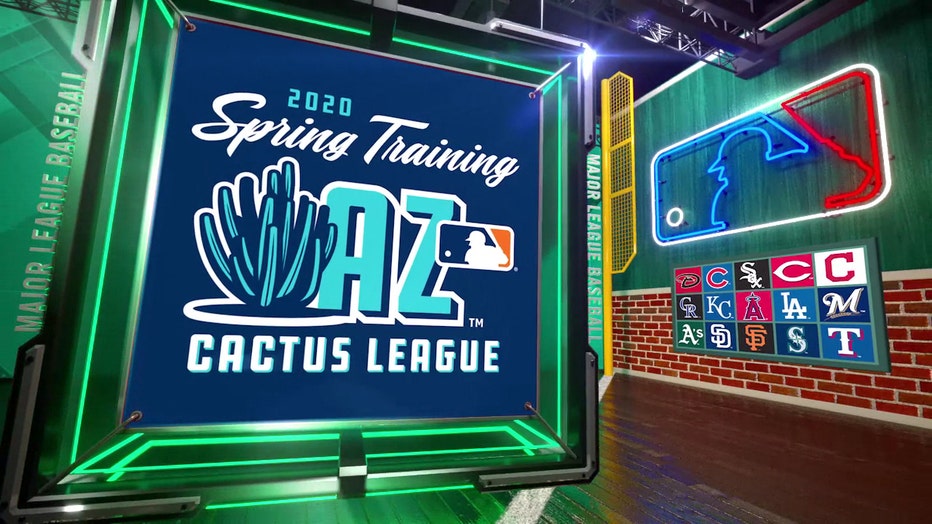 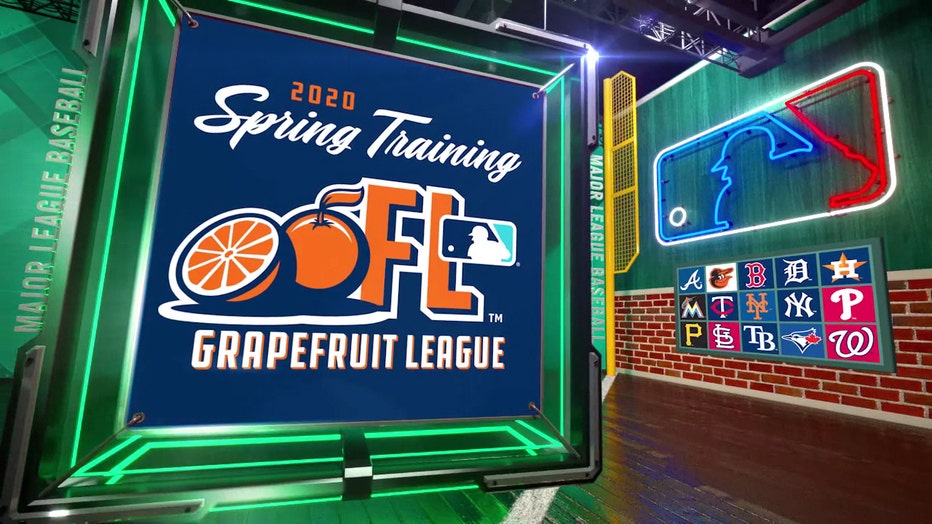 “It allows for immediacy of a schedule, where you might be able to begin it and televise it, provide Major League Baseball to America,” said Scott Boras, baseball’s most prominent agent. “I think players are willing to do what’s necessary because I think they understand the importance of baseball for their own livelihoods and for the interest of our country and providing a necessary product that gives all the people that are isolated enjoyment.”

“It gives them a sense of a return to some normalcy,” Boras added. “You talk to a psychologist about it and they say it’s it’s really good for a culture to have to have sport and to have a focus like that, where for a few hours a day they can take their minds off the difficult reality of the virus.”

Baseball’s season had been set to start March 26 but spring training was halted on March 12. After the Centers for Disease Control and Prevention recommended restricting events of more than 50 people for eight weeks, MLB said it would not open until mid-May at the earliest.

“But, obviously, we’d all love to find a way to play, provided we could do safely, and that would be the priority,” he said.

The players’ association would want to survey its members to determine whether they would support such a plan, one of the people said.

Chase Field, with artificial turf and a retractable roof, could be the site of daily tripleheaders, Boras said. 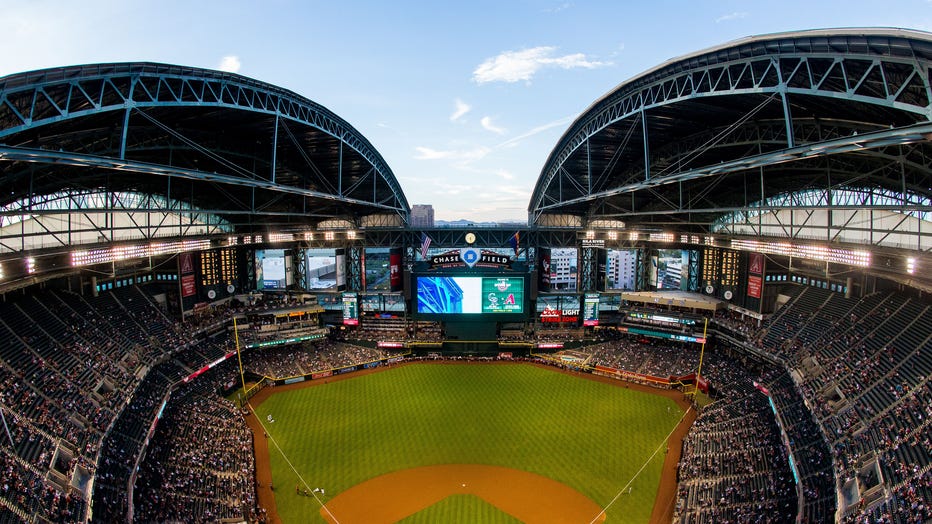 MLB and the union reached a deal March 26 to advance $170 million in salary to players for the first 60 days of the season. As part of the deal, players would get only prorated portions of their salaries if the regular season is cut from its usual 162 games and would receive no additional salary if the season is scrapped.

Both sides have agreed to attempt to play as full a season as is possible, and this plan would enable to season to start while waiting for health and government officials determine whether it is safe to resume play in regular-season ballparks, with the travel that would entail.

Is it the flu, a cold or COVID-19? Different viruses present similar symptoms

Does wearing a face mask protect you from coronavirus and other infectious diseases?

Should you cancel your trip? CDC urges travelers to avoid several countries impacted by coronavirus

Coronavirus more contagious than SARS or MERS, can live on surfaces for up to 9 days, studies say

Cleaning tips to keep your workspace safe amid coronavirus worries