The suspect, identified as Davonte' Neal, was arrested for allegedly killing another man back in 2017. Neal, who once played high school and college football in Arizona, was working as an assistant football coach for Idaho State prior to his arrest. FOX 10's Justin Lum reports.

POCATELLO, Idaho - Idaho State assistant football coach DaVonte’ Neal has been arrested on suspicion of killing a man in Arizona and the school intends to terminate his contract.

Neal has been charged with one count of first-degree murder, one count of drive-by-shooting, and one count of discharging a firearm at a structure in the 2017 death of Bryan T. Burns. The indictment contains no details of what circumstances led to the shooting.

Neal was indicted by a grand jury in Maricopa County, which includes the Phoenix metropolitan area, on May 16, and a warrant for his arrest was issued shortly after.

The Maricopa County Sheriff’s Office investigated the shooting, but spokesperson Kahri Harrion said the agency was unable to release information on the case. The shooting happened in a busy commercial area along Interstate 10 about 8 miles (13 kilometers) south of Phoenix Sky Harbor International Airport.

Neal, who played college football at the University of Arizona, is being held without bail at the Bannock County Jail in the eastern Idaho city awaiting extradition to Arizona.

He joined the Idaho team as cornerbacks coach in January — with the rest of the Bengals’ new coaching staff — and was arrested outside his apartment on May 25 by Pocatello police. He did not resist, The Idaho State Journal reported.

Idaho State University said it had placed Neal on administrative leave and had initiated proceedings to terminate his contract.

"I have been in constant contact with (ISU head coach Charlie Ragle) who has known DaVonte’ for many years and never had any knowledge or suspicion of a possible crime of any kind," Athletic Director Pauline Thiros told the newspaper. "The news of DaVonte’ Neal’s arrest and charges in Arizona was a great shock. Going forward, we will cooperate in every way possible."

University President Kevin Satterlee said in a written statement that "Idaho State takes all allegations involving our employees very seriously, and we are committed to the safety and well-being of our community."

The university said in a press release Thursday that a background check on Neal before he was hired came back clean.

"All Idaho State employees are required to undergo a criminal background check before employment," ISU said. "Neal’s background check was clear and he was approved for work when hired in January."

Neal played under Ragle at Chaparral High School in Scottsdale, Arizona, where Neal became a four-star athlete and went to Notre Dame before transferring to Arizona. Idaho State was the first college coaching position for Neal, who left his job as an assistant at Higley High in Gilbert, Arizona, to join the Bengals.

Idaho State is an FCS football program that plays in the Big Sky Conference.

Berry said since the day her son died, she has tried to figure out why someone would shoot him.

"Now I'm sitting here, talking to a box," said Berry. "I think about him every day."

Burns was the middle child of three boys. His younger brother, Bryson, said they were all so close.

"It was always memorable times. All of us together when we did get together. Always laughs, smiles, joking around," said Bryson.

Burns' other brother, Brandon, had this to say about the man who is now accused of killing Burns.

"For him to be out here to get accolades, coaching and all this stuff and living life like it's not a problem, everyday we were struggling trying to figure out why," said Brandon. He also said he spoke with Burns hours before he was found shot in his car.

Burns' family said he wanted to be an entrepreneur, and had his whole future ahead of him.

"He didn't get a chance to pursue a lot of things, even if they never were to happen," said Berry. "He never even got a chance to try it because his life was taken." 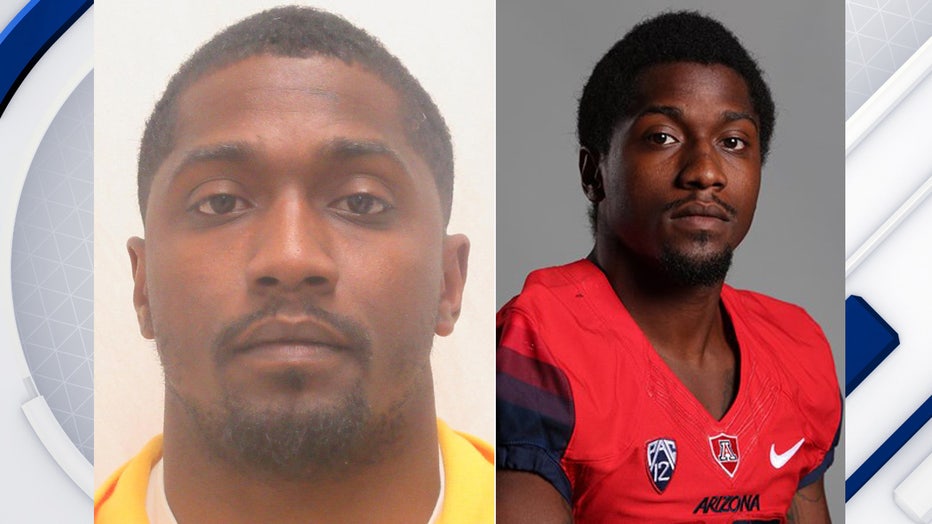