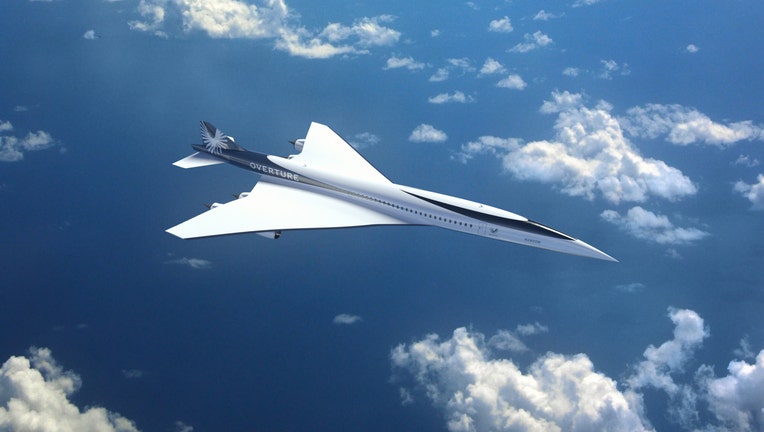 The design for the world’s fastest passenger airliner was unveiled during the Farnborough International Airshow in the United Kingdom this week.

Named the Overture, the supersonic jet will run on 100% sustainable aviation fuel and can reach speeds of up to 1,122 mph — one and a half times the speed of sound — at a cruising altitude of 60,000 feet.

"Aviation has not seen a giant leap in decades. Overture is revolutionary in its design, and it will fundamentally change how we think about distance," said Boom’s founder and CEO Blake Scholl. "With more than 600 routes across the globe, Overture will make the world dramatically more accessible for tens of millions of passengers."

The Overture will travel two times faster than traditional aircraft over water and will be about 20% faster over land, according to a news release from Boom Supersonic, the company tasked with creating the next generation of supersonic aircraft.

The aircraft will be able to carry between 65-80 passengers and production will start in 2024. Overture's first flight is expected in 2026.

Boom and Northrup Grumman partnered to bring the Overture to life and both companies will support government and military operations that require rapid response, including quick-reaction surveillance and reconnaissance, command and control, as well as mobility and logistics missions such as emergency medical and troop transport.

"Time is a strategic advantage in high consequence scenarios, from emergency evacuations to disaster response," said Scholl. "This collaboration between Boom and Northrop Grumman unlocks the potential for Overture to provide the US and our allies with an unmatched high-speed capability when and where it’s most needed." 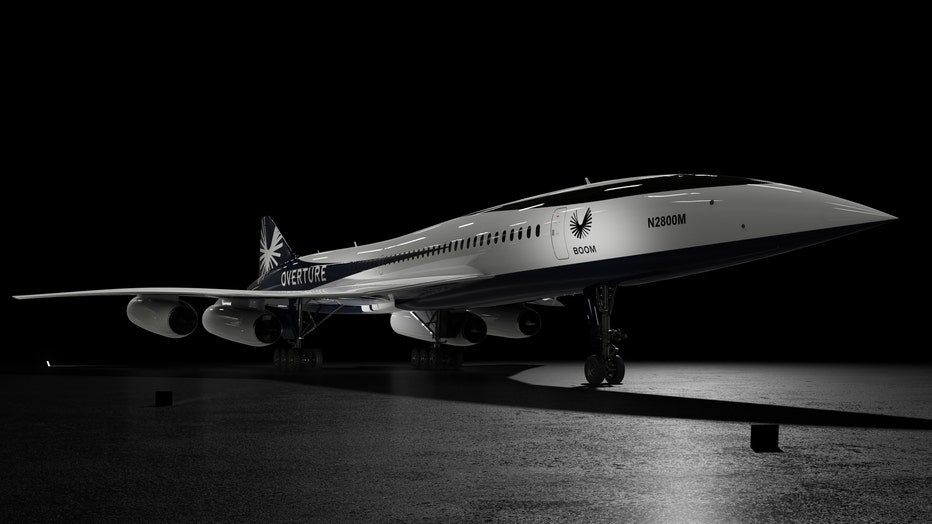 Piedmont Triad International Airport in Greensboro, North Carolina, will be the home for the Overture’s first full-scale manufacturing plant, including the final assembly line, testing and delivery center.

State and local governments have offered $230 million in financial incentives to make the project a reality, including money for airport improvements, which the legislature approved in November 2021.

Boom is one of several companies trying to revive supersonic passenger travel, which died with the grounding of the Concorde following a deadly crash nearly two decades ago. Boom has built a one-third-size demonstrator aircraft called the XB1, but now it faces the daunting challenge of bulking that up.

Boom boasts of "pre-orders" from several potential customers. United Airlines also announced last year an agreement to buy 15 copies of the Overture and take options for another 35. United, however, said any orders hinge on Boom meeting certain financial and operational targets, which it declined to describe in any detail.

Skeptics say that if supersonic passenger travel were really feasible, Boeing and Airbus would be building the planes instead of leaving the market to startups like Boom.

The Concorde flew over the Atlantic and was barred from many overland routes because of the sonic booms, and any new supersonic planes will face the same hurdles. Another factor that helped kill the Concorde was its high cost of operation.

Scholl has said technology will help solve both of those challenges, and tickets should be in the range of current-day business-class fares.