MOSCOW - Brittney Griner’s detention was not about "being a hostage," a spokesman for Russian President Vladimir Putin said Monday.

Dmitry Peskov told NBC News in an interview that Griner’s arrest was no different from anyone carrying oils derived from cannabis on them. The WNBA star has been detained in Russia since February after being accused of carrying vape cartridges containing the oils through a Moscow airport.

The U.S. State Department would later reclassify Griner as being "wrongfully detained."

"She violated Russian law, and now she’s being prosecuted. It’s not about being a hostage. There are lots of American citizens here. They’re enjoying their freedoms… but you have to obey the laws," Peskov told the outlet.

Griner has been held in Russia since February. The WNBA star was arrested for allegedly bringing vape cartridges containing oils derived from cannabis oil through a Moscow airport.

A Moscow court extended Griner’s detention until July 2. It was the third time her detention has been extended, Russian state-run media TASS reported. She’s been held ever since with limited public appearances.

Griner has been rumored to be potentially involved in a detainee swap involving Viktor Bout, who is in the middle of a 25-year sentence in federal prison after he was convicted of conspiracy to kill Americans relating to the support of a Colombian terrorist organization.

Russia’s Deputy Foreign Minister Sergei Ryabkov said a prisoner swap with the U.S. was not being considered "until a court investigation into her case is completed."

Phoenix Mercury star Brittney Griner has been held in Russia since February, after Russian authorities said they found vape cartridges containing hashish oil in her luggage.

Bout was dubbed the "Merchant of Death" because of his notoriety for running a fleet of aging Soviet-era cargo planes to conflict-ridden hotspots in Africa. His dealings inspired the Nicolas Cage film "Lord of War."

Russia’s TASS agency reported last month, citing a source, that talks were underway in a prisoner exchange: Griner for Bout.

Griner could face up to 10 years in a Russian prison if she’s convicted. 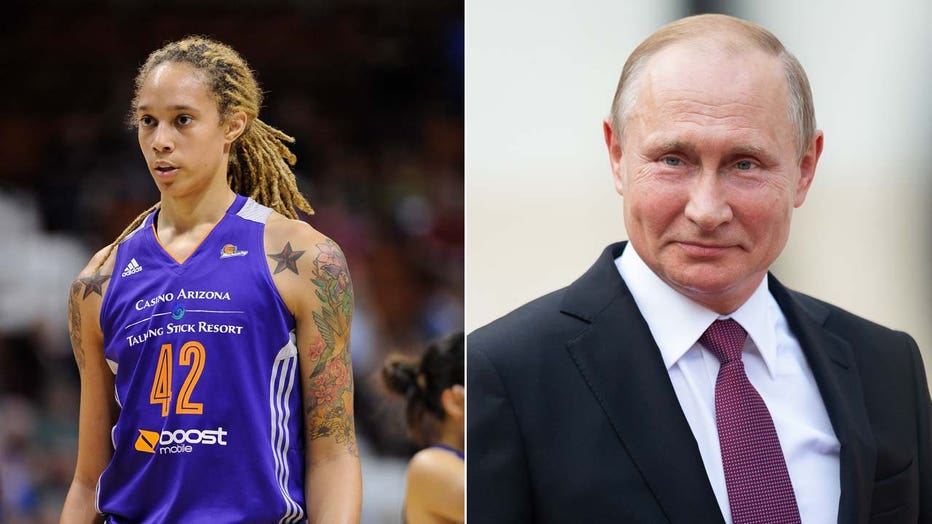