MOSCOW - Brittney Griner was seen in a Russian courtroom on Friday and her pre-trial detention was extended for a month.

Griner was arrested in February at a Moscow airport for allegedly carrying vape cartridges containing oils derived from cannabis and could face up to 10 years in prison if she’s convicted.

However, a trade might be on the table. Russia’s TASS agency reported, citing a source, that talks were underway in a prisoner exchange – Griner for notorious arms dealer Viktor Bout.

Bout is in the middle of a 25-year sentence in federal prison after he was convicted of conspiracy to kill Americans relating to the support of a Colombian terrorist organization.

He was dubbed the "Merchant of Death" because of his notoriety for running a fleet of aging Soviet-era cargo planes to conflict-ridden hotspots in Africa. His dealings inspired the Nicolas Cage film "Lord of War."

A U.S. State Department spokesperson reiterated to Fox News Digital that President Biden has been clear about bringing U.S. nationals who are detained overseas home. The spokesperson added that to have potentially successful outcomes in bringing those people home officials will need to have private discussions.

"Biden administration’s potential decision to exchange this heinous Russian criminal, who is serving jail time in the U.S. for being involved in killing Americans, is a huge mistake," former U.S. intel officer Rebekah Koffler told Fox News Digital. "This move will only encourage the Russian intelligence services to grab Americans on Russian soil, so they can be exchanged for much more valuable assets for Putin." 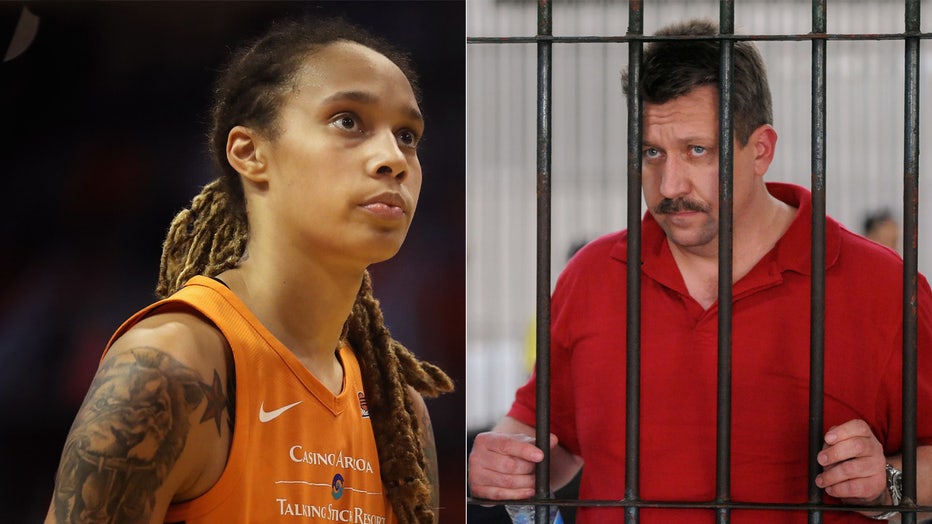 Griner was seen in the courtroom in handcuffs wearing an orange hoodie with her hood over her head.

Alexander Boikov told The Associated Press he believed the short extension would mean her trial would happen soon.

The U.S. State Department determined Russia "wrongfully detained" the Mercury center when she was arrested in February, an official said in a statement to Fox News Digital earlier this month.

"The welfare and safety of U.S. citizens abroad is among the highest priorities of the U.S government," a State Department spokesperson said. "The Department of State has determined that the Russian Federation has wrongfully detained U.S. citizen Brittney Griner.

"With this determination, the Special Presidential Envoy for Hostage Affairs Roger Carstens will lead the interagency team for securing Brittney Griner’s release."