Mesa family hit by monsoon leaving debris in their home

Monsoon storm continues to cause damage in the Valley where one family's roof was blown off. FOX 10's Bailey Miller reports

MESA, Ariz. - Parts of the Valley were hit on July 15 and July 16 by monsoon weather.

In one video taken by Julie Peralta on July 15, heavy rain was falling on a subdivision near Loop 303 and Cactus Road, accompanied by high winds. In another video taken by Dave Givens, hail could be seen in the area of Cactus and Litchfield in Surprise.

In another video taken by FOX 10 Photojournalist Rick Davis on July 15, heavy storm runoff can be seen in the Surprise area.

SkyFOX also captured video of a plane that flipped over at Falcon Field in Mesa on July 15. There were reports of wind gusts reaching 72 miles per hour in the area. 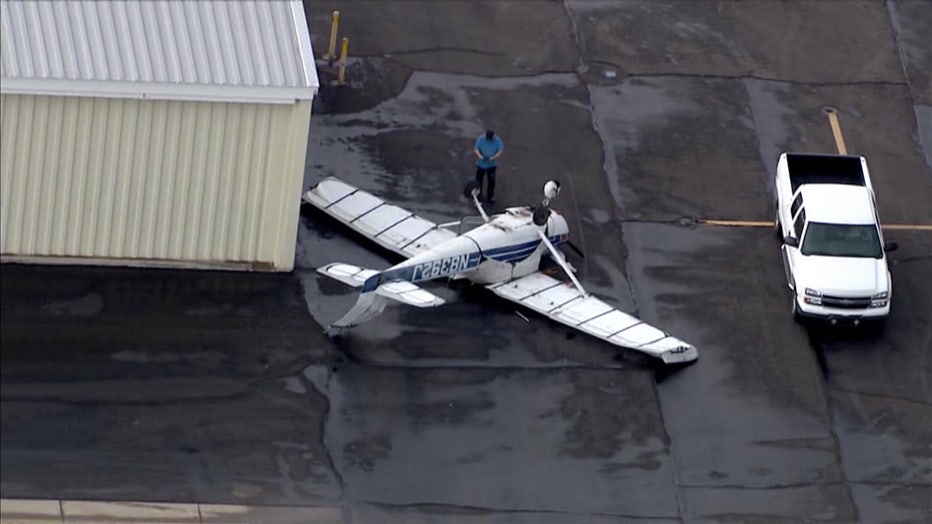 A plane that flipped over during a storm on July 15, 2021 at Falcon Field in Mesa.

Near McKellips and Higley, trees were uprooted, and uprooted trees blocked the road. Homes were also torn apart in the area.

Storms on Thursday and Friday have left damages at Apache Wells Country Club. Frank Rada's home was damaged after their roof was blown off during the storm.

"It totally devastated this side of the house," said Rada. "We are really lucky no one was hurt it was insane."

The strong wind was blowing at 80 miles an hour. Rada says his girlfriend was home when their outside door started banging, then taking the roof of their home and blowing it into the street.

"It was absolutely wild," said Rada.

The strong winds and rain also left other residents shaken. Dorinda Sironen says she has lived in her neighborhood for ten years, and this monsoon is the worst she has seen.

"The rain was just pelting, and then all of a sudden, I live on Marlin and the tree fell down in our backyard," said Sironen.

Mesa, along with other parts of the city, had to deal with rain, wind, and even hail, as a monsoon storm moved over the area during the afternoon hours of July 15. FOX 10's Irene Snyder reports.