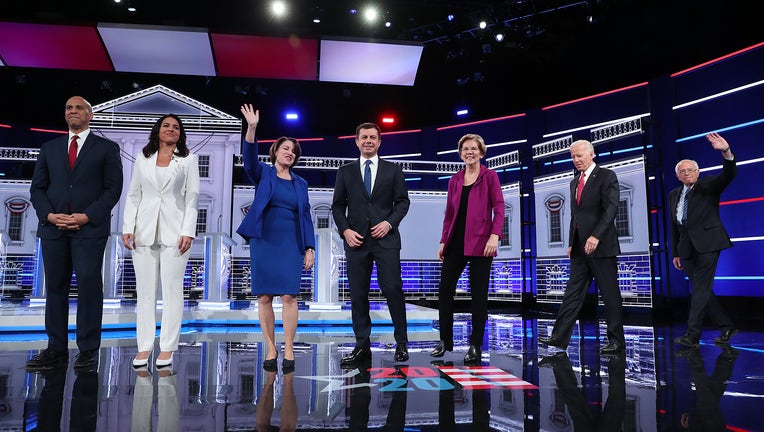 PHOENIX - Democratic presidential hopefuls will arrive in the Valley of the Sun for a debate on March 15.

We know when it will be as of Friday, but we're not sure where it will be.

Whoever is left vying for the Democratic presidential nomination will be making their case from Phoenix. What that stage will look like and where is still to be determined. Phoenix Mayor Kate Gallego says the city has been making the case for months.

She says it solidifies Arizona's battleground status for the 2020 election, and maybe it's something that we should get used to.

The president will be in Phoenix Feb. 19, the Democratic candidates in March, with plenty of time left before the election. The last time President Trump was in Phoenix was in 2017.

Then mayor, Greg Stanton, told him not to come and protestors caused chaos after a mostly peaceful day. Now, Mayor Gallego says that was "a different time."

"The president's last visit to Phoenix came a week after Charlottesville," she said. "We didn't know how to respond. I think that we have a lot more information now and it is a different time, but it was extremely heightened tensions."