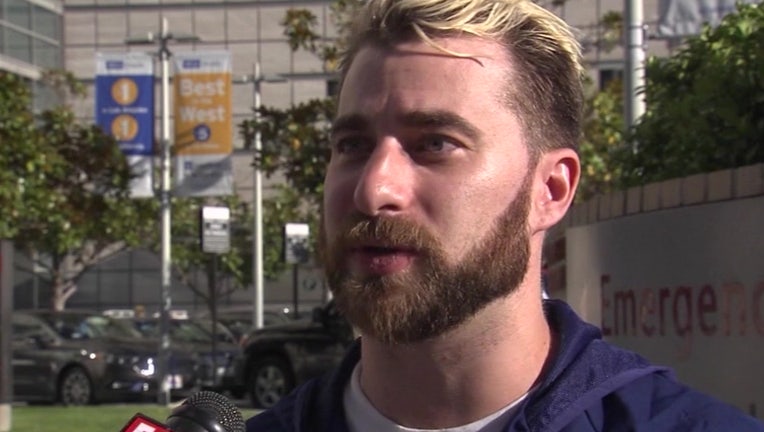 SCOTTSDALE, Ariz. - Far-right social media personality Tim Gionet, who calls himself "Baked Alaska," was sentenced to 30 days in jail Thursday for misdemeanor convictions arising from an encounter in which authorities say he shot pepper spray at an employee at an Arizona bar.

Gionet, who also faces unrelated charges over his presence in the U.S. Capitol during the Jan. 6 riot, was previously convicted of assault, disorderly conduct and criminal trespassing in the December 2020 incident in Scottsdale.

Police say Gionet made customers uncomfortable when he and friends were inside the bar livestreaming video, refused to leave when asked to do so and got into an argument with an employee who pushed him out of the door, leading Gionet to shoot pepper spray twice.

In the Jan. 6 riot, authorities say Gionet livestreamed for about 27 minutes from inside the U.S. Capitol, encouraged other rioters not to leave, profanely called a police officer an "oath breaker" and identified himself as a member of the media when told by police to move.

Gionet’s lawyer has said the former BuzzFeed employee only went to Washington to film what happened. Prosecutors dispute that Gionet is a journalist.

Court records don’t say whether Gionet has entered a plea on the charges related to the Capitol riot, though his attorney said in a court filing that his client would be found not guilty if the case goes to trial.

In an unrelated case, Gionet also was charged with misdemeanors for allegedly damaging a Hanukkah display in December 2020 outside the Arizona Capitol. He hasn’t yet entered a plea in that case.

In a 2017 interview with "Business Insider," Gionet said he was given the nickname "Baked Alaska" because he grew up in Alaska and that he smoked marijuana at the time.