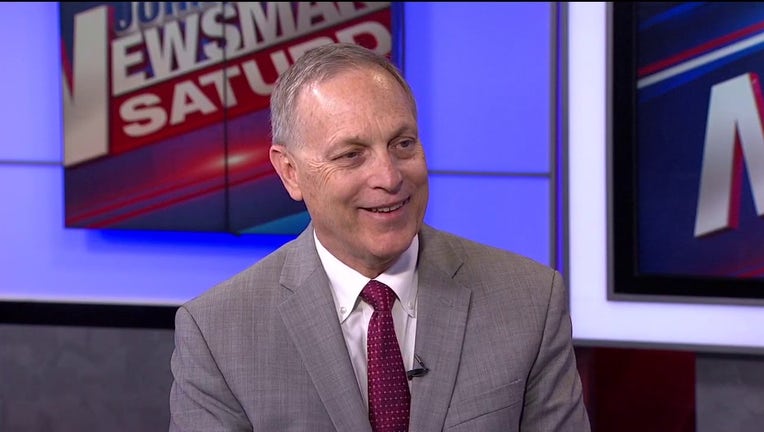 "Infrastructure to Democrats is a five lane highway to socialism," the congressman wrote on Twitter.

BIDEN REVERSES POSITION ON SIGNING BIPARTISAN INFRASTRUCTURE BILL: ‘I FULLY STAND BEHIND IT’

Biggs expanded on his tweet in a statement to Fox News, saying the Democrats "have interwoven the socialist policies of the Green New Deal into their infrastructure framework every step of the way."

"When Americans think of infrastructure they think of roads, bridges, and airports," Biggs continued. "Not unrealistic climate goals that increase our dependence on communist China or social welfare programs that the Far Left deems ‘human infrastructure.'"

The White House did not respond to Fox News’ request for comment on Biggs’ criticism of the infrastructure package endorsed by Biden.

Biden and Republican lawmakers last week came to a consensus on an infrastructure compromise bill that would modernize U.S. infrastructure to the tune of $953 billion, but then the president reversed course and said he would not sign the measure unless a broader Democrat spending bill was also included.

"If this is the only thing that comes to me, I’m not signing it," Biden said of the bipartisan infrastructure deal to reporters on Thursday. "It’s in tandem."

Days later on Saturday, the president walked back his comment, putting his political weight behind the compromise package.

"The bottom line is this: I gave my word to support the Infrastructure Plan, and that’s what I intend to do," Biden said in a Saturday statement. "I intend to pursue the passage of that plan, which Democrats and Republicans agreed to on Thursday, with vigor."

The president is in Wisconsin on Tuesday in an attempt to sell the nearly $1 trillion infrastructure plan, touting it as a win for middle class families.