Shark biting boat motors might not mean what you think

TAMPA, Fla. - Erika Almond has spent thousands of hours fishing the waters of Tampa Bay and the Gulf of Mexico in her 34-foot SeaVee named "Offshore Therapy." She's caught all sorts of near record-sized fish and even swam with a whale shark -- but her most recent expedition might have topped them all.

"It was breathtaking. It came right up and took a chunk out of one of our motors," she said, telling the tale of a great white shark that approached their boat Friday curiously -- and apparently hungry.

"It's not unusual, we expect sharks when you're fishing and chumming like that but what made this unique was it was about a 14- to 16-foot great white shark. We couldn't believe what we were seeing." 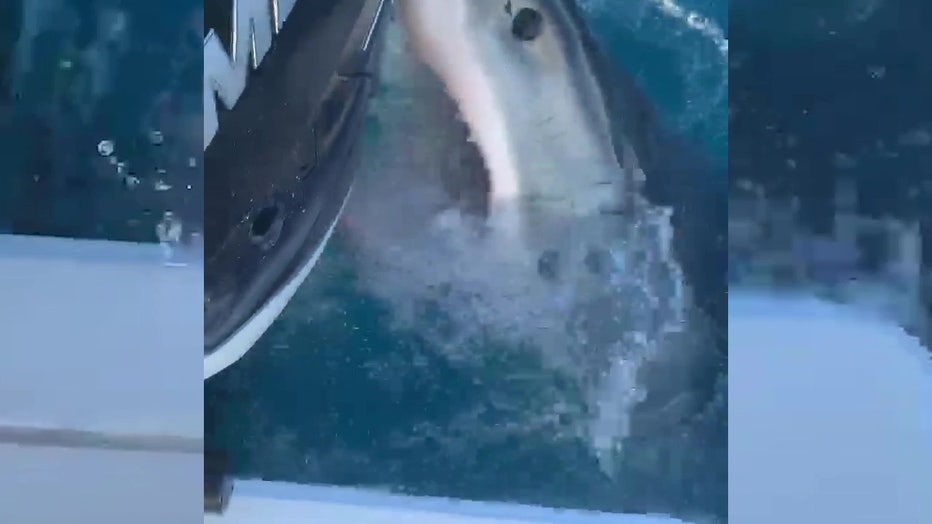 Almond and four other friends were with Captain Tyler Levesque in her boat about 65 miles south-southwest of Tampa Bay in roughly 200 feet of water and catching amberjack when the shark approached their boat chasing their bait, even biting the boat and motors several times.

It made several passes enabling Captain Levesque to even touch the shark, pushing it away from the boat as it swam by.

"At one point he even rolled over like he wanted us to rub his belly," Almond told FOX 13 News. 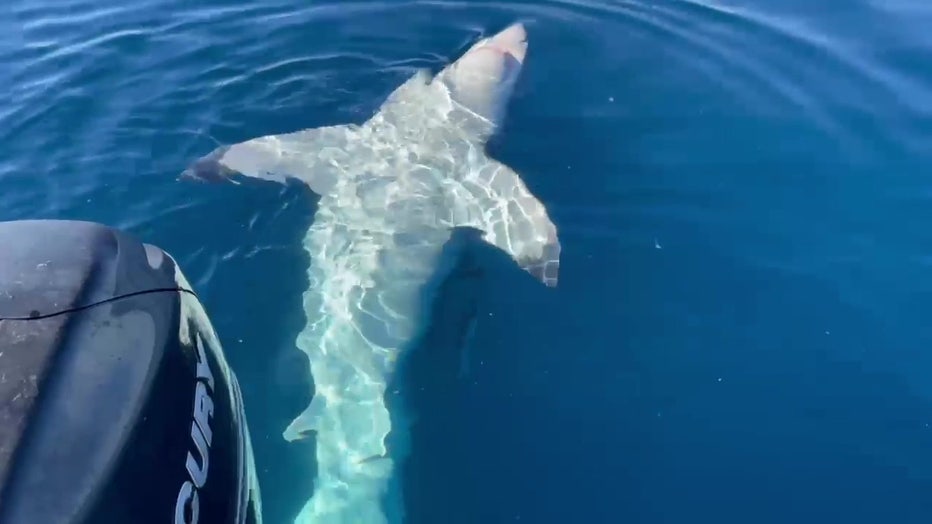 While known to be in the gulf, sightings are actually quite rare, according to the Florida Fish & Wildlife Conservation Commission. 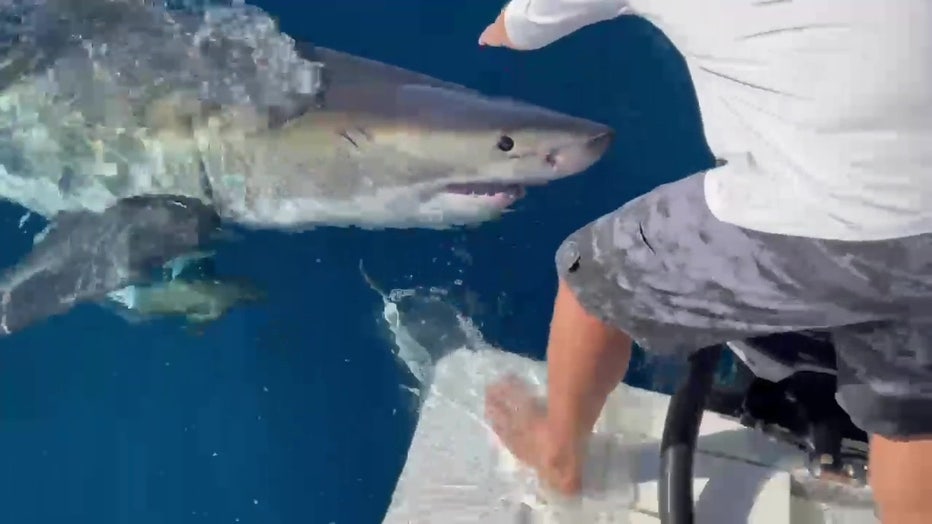 FOX 13 also reached out to Mote Marine Laboratory & Aquarium in Sarasota. They assist OCEARCH with tagging, tracking and researching sharks.

"The white sharks are migrating right now to Florida's warmer waters and their population is definitely growing, which is good for the ocean," explained Dr. Robert Hueter, an adjunct scientist there who's also the chief science advisor for OCEARCH.

"We knew it was a special moment," added Almond. "It's truly an amazing experience to see all the things we see offshore and you never know what you're going to find."

The boaters were 65 miles south-southwest of Tampa Bay in roughly 200 feet of water when this unfolded. Video courtesy Erika Almond.