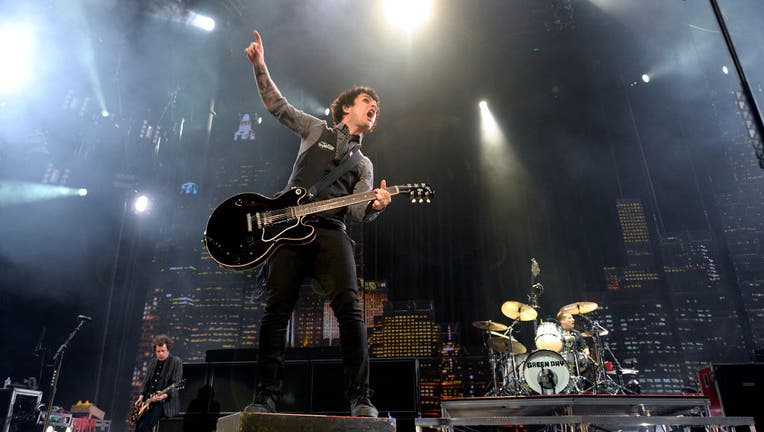 Green Day lead singer Billie Joe Armstrong said he is going to renounce his U.S. citizenship and move to England because he is so upset over the Supreme Court overturning landmark abortion case Roe v. Wade.

The "American Idiot" singer made the comments to a crowd at the band's show in London on Friday. "F--- America, I’m f---ing renouncing my citizenship," Armstrong said. "I’m f---ing coming here."

"There’s just too much f---ing stupid in the world to go back to that miserable f---ing excuse for a country," Armstrong added. "Oh, I’m not kidding. You’re going to get a lot of me in the coming days."

Armstrong, 50, has been Green Day's frontman since 1987. He's among a number of liberal celebrities who have expressed anger over the Supreme Court's decision to overturn Roe. Wade. The ruling effectively ended recognition of a constitutional right to abortion and gave individual states the power to allow, limit or ban the practice altogether.

Armstrong continued to bash America at Green Day's show in Huddersfield, England, the next day, according to the Daily Mail. He called the justices "pricks" and said "f--- the Supreme Court of America."

This is not the first time Armstrong has expressed dislike for the U.S. In Green Day's hit 2004 song "American Idiot," the band blasted American media.

"Don't want to be an American idiot/ One nation controlled by the media/ Information age of hysteria/ It's going out to idiot America," Armstrong sings in the song.

Armstrong was also outspoken about this dislike for former President Donald Trump. He sang, "No Trump, No KKK, no fascist USA," during the band's performance of "Bang Bang" at the American Music Awards in 2016.

GREEN DAY SINGS 'NO TRUMP, NO KKK, NO FASCIST USA' AT AMAS

Armstrong also compared Trump to Hitler in an interview with Kerrang! magazine that same year.

"The worst problem I see about Trump is who his followers are," the singer told the magazine. "I actually feel bad for them, because they're poor, working-class people who can't get a leg up. They're just pissed off and he's preyed on their anger."