CHANDLER, Ariz. - The eastbound lanes of Loop 202 Santan Freeway in Chandler reopened after a crash involving an overturned truck stopped traffic, according to the Arizona Dept. of Public Safety on Aug. 24.

DPS says the truck was hauling hot asphalt when it blew a tire, causing the driver to veer left and hit a concrete wall before rolling onto its side.

The freeway was closed for several hours but has since been reopened. 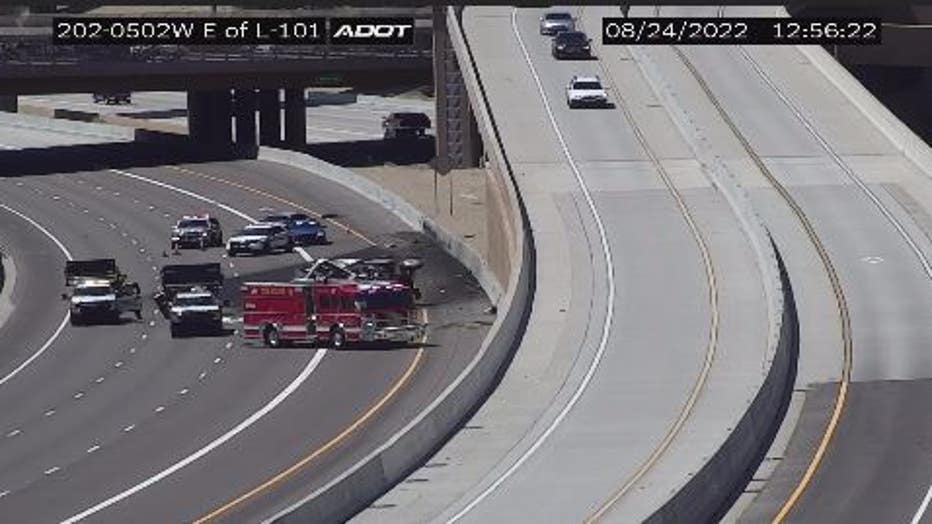 A crash closed the eastbound lanes of the Loop 202 at Price Road in Chandler, the Arizona Department of Public Safety said on Aug. 24.