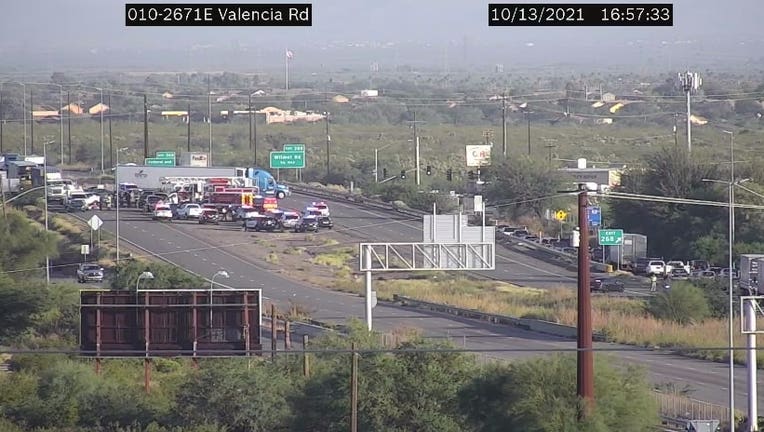 A man was reportedly stabbed to death in a road rage incident on Interstate 10 near Valencia Road on Wednesday.

TUCSON, Ariz. (AP) - A man has been fatally stabbed after a car crash and road rage incident in Tucson on Interstate 10, authorities said Thursday.

Tucson police said the crash occurred about 4 p.m. on Oct. 13 and the two drivers then got into a physical altercation along the highway.

They said one man had signs of "sharp force trauma" and apparently was stabbed several times with an undisclosed weapon.

Tucson Fire Department medics and Arizona Department of Public Safety troopers responded to the scene and found bystanders performing CPR on the injured man who was declared dead at the scene.

Police have identified the victim as 53-year-old Louis James Gallardo.

The other driver, whose name hasn’t been released by police yet, remained at the scene and was interviewed by detectives but not arrested at this time.

Police said they were continuing their investigation and will present their findings to the Pima County Attorney’s Office for possible prosecution.