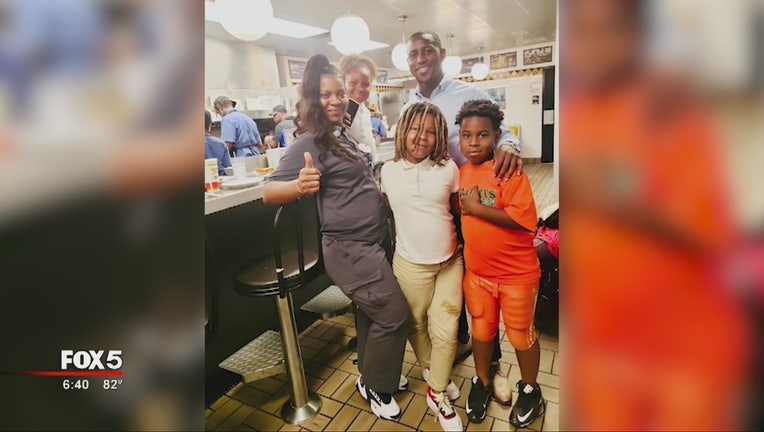 ATLANTA - One Georgia man's simple act of kindness was caught on camera and is now making waves online.

The viral video shows a packed Waffle House Wednesday night. Those in need inside are eating for free thanks to a stranger's act of kindness.

"It's the human thing to do," Travis Lyons says.

Lyons says this isn't the first time he's brought homeless people to a restaurant and bought their food. It's part of his weekly routine, he says.

Nearly every week Lyons finishes his day job and then goes to find people in need and asks them if they're hungry.

This week he took more than 20 men, women, and children to the restaurant to eat and enjoy each other's company.

"We all sit down I tell them they can order whatever they like," he says. "I cover everything and I just sit, I eat with them, talk, laugh, joke, play music. It just creates a different atmosphere."

Fortune Onwuzuruike was eating at the Waffle House at the time and captured the whole thing on camera.

"I said 'What made you want to do this?' and he said he does it every week and just likes giving back to his people," Onwuzuruike said.

Lyons says he was inspired by his mom as a young child to do his part every day to help anyone he could.

He says when he found out Onwuzuruike was recording he wasn't sure that he wanted it to be shared. But now, he hopes by sharing the story others will be prompted to do their own acts of kindness.