This is literally something you don't see every day.

While out for a walk in Texas, Dirk Parker came across a bright pink grasshopper. While he initially thought it was cool, he didn't think much of it and continued on his way.

It wasn't until later that night that he realized he discovered an incredibly rare specimen. 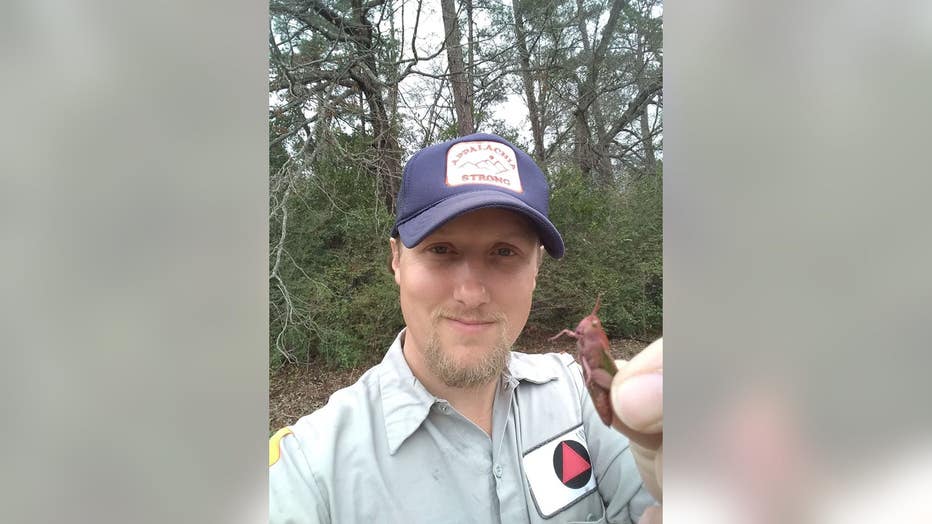 Dirk Parker showed off the pink grasshopper he found during a walk in Texas. (Dirk Parker)

"I was sitting in my hotel room later that night," Parker told Fox News. "I looked it up and saw that it was extremely rare. After that, I couldn't sleep, I was just in my head all night thinking about how I just let it go."

Parker lives in Tippecanoe, Ohio, but is temporarily working in Texas as an environmental inspector on oil and gas pipelines. Last week, his job was rained out for the day, so he decided to take a walk through nature. An avid hunter and fisher, Parker says he immediately spotted the bright pink insect as soon as he came across it. 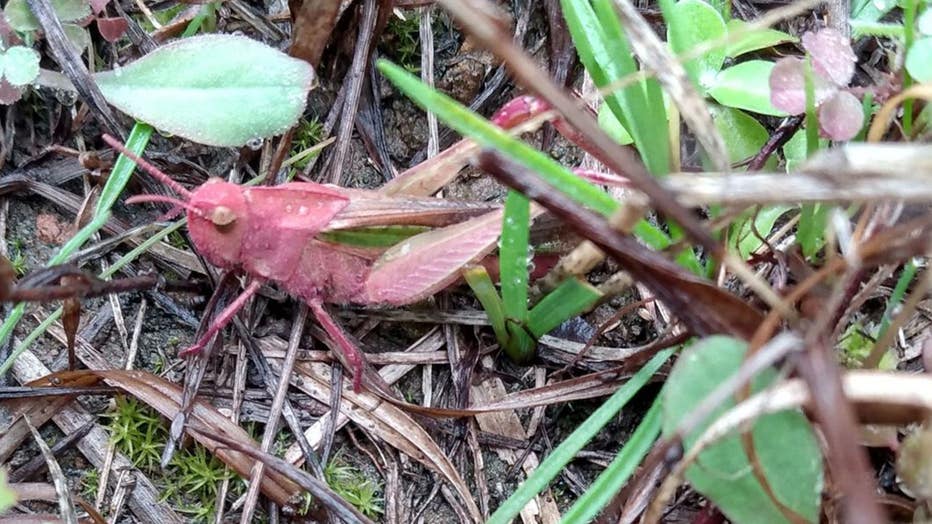 Pink grasshoppers are easily spotted due to their bright colors, which makes them easy prey for predators. (Dirk Parker)

"I thought it would make good fishing bait," he said, "…but I didn't have my pole on me."

The following morning, after discovering how rare an insect it was, Parker called his dad. While neither of them knew much about grasshoppers, Parker's dad said it was worth it to go back to the area and see if the animal was still there.

Amazingly, Parker was able to locate the rare animal after looking for about 10 minutes. He said it had only moved about four feet from where he first spotted it.

Since then, Parker has held onto the little insect. Due to its bright pink colors, this grasshopper makes for easy prey. Since its so rare, however, Parker would rather that it get to live its life out in full. So, he bought a small habitat for it and filled it with grass, cloves and flowers.

Eventually, he plans on donating the insect to a habitat, but he says he has to find the right one first. If he can't find an insect habitat that can take care of Pinky (the name he gave to the grasshopper), then he might just keep it himself.

For now, he's still working in Texas and loves showing Pinky off to his coworkers. Once this job is done, however, Parker says he can't wait to get back to Ohio. 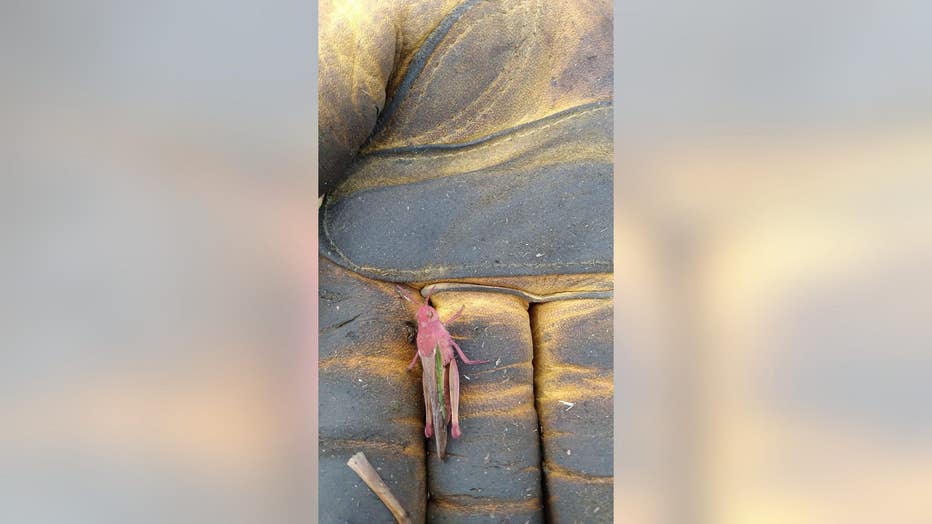 Dirk Parker told Fox News that he felt like he won the lottery when he found this rare insect. (Dirk Parker)

"I love Texas," he explained, "but nothing beats the hills of southeastern Ohio."

As far as Pinky goes, the little inset may travel back to Ohio with Parker, who credits a certain kind of luck for finding the rare animal.

"This happened on St. Patrick's Day week," he said. "Being Irish, it must have been the luck of the Irish that helped me find Pinky again on the second day."