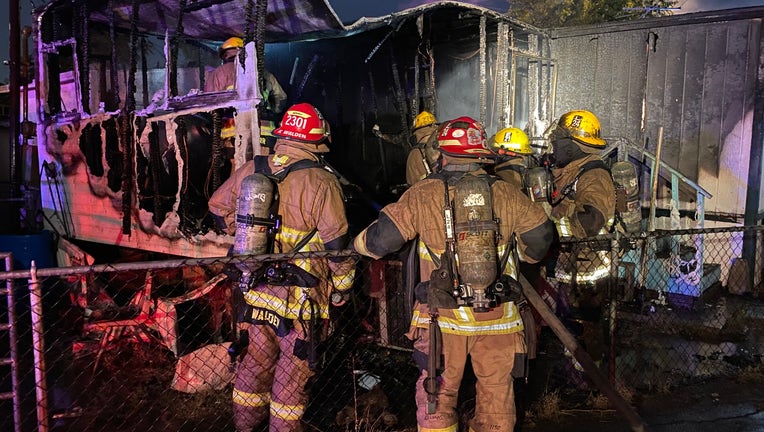 PHOENIX - A man escaped a fire in his mobile home on Saturday night but not before he was badly burned, says the Phoenix Fire Department.

At around 8 p.m. on July 3, firefighters responded to the area of Van Buren Street and 41st Avenue for reports of a mobile home fire. There, crews found a large amount of smoke and fire coming from the home.

"Fire crews quickly secured a water supply and stretched handlines into the interior of the home for a search, rescue, and fire attack. The single resident, an adult male, was able to self evacuate before the arrival of fire units, but unfortunately suffered serious burns to his body," said David Ramirez, firefighter and spokesperson for the fire department.

The victim was taken to the hospital in critical condition. No firefighters were injured.

The cause is under investigation.