PHOENIX - Phoenix police are looking for a man who reportedly stole vape pens, cash and other items from a Circle K while armed with a gun.

The suspected armed robbery happened at a location near Cave Creek and Beardsley roads back on Feb. 23.

Police say the man had walked in asking for the vapes, and when the gas station clerk asked for his ID, he went back outside to his car.

When he came back in, he reportedly flashed a gun that was tucked into his waistband and demanded the clerk to give him the items he wanted and money from the cash register.

The suspect then fled in a newel model Volkswagen Jetta, officials said.

He was described as a 5'8", 150-pound Black or Hispanic male in his late teens or early 20s. He was seen wearing a black Lakers hat, a black Adidas hoodie, black jeans and black shoes. 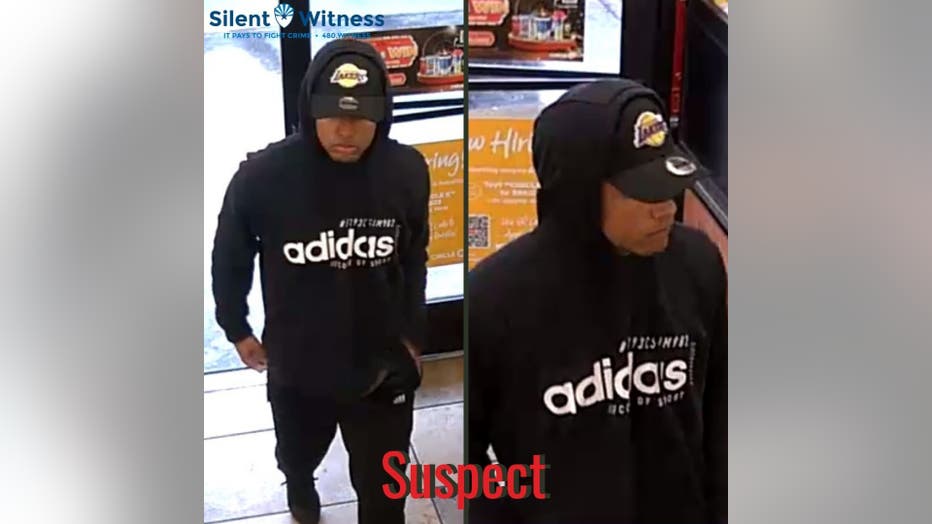 A photo of the armed robbery suspect