Townsend was an officer for five years, had a wife and 10-month-old son, says County Attorney Allister Adel.

MARICOPA COUNTY, Ariz. - The Maricopa County Attorney's Office plans to dismiss a case against a Scottsdale man involving the 2019 death of Salt River police officer Clayton Townsend because of a "new theory" that would likely raise reasonable doubts in his conviction.

In March of 2019, Scottsdale man, Jerry Sanstead, reportedly swerved across multiple lanes on Loop 101 before hitting and killing officer Townsend, who was standing on the driver's side of a car that he had just pulled over.

Townsend was an officer for five years, had a wife and 10-month-old son, says County Attorney Allister Adel.

Based on the crash investigation presented to the grand jury in November of 2020, Sanstead was reportedly not texting at the moment of the crash but was distracted by his phone while driving. 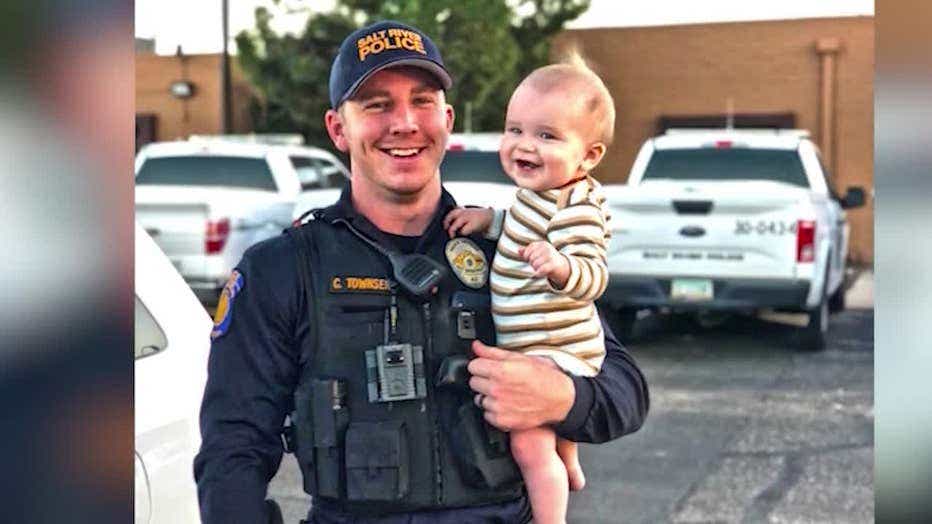 The grand jury returned an indictment of manslaughter.

However, in March of 2021, the defense brought in a new medical expert who explained that the crash could have been caused by a seizure, and not distracted driving.

"MCAO retained and consulted another expert in this area and, considering both opinions, we have concluded that this new theory would likely raise reasonable doubts as to whether the cause of this crash was the result of criminal conduct.  Considering all the facts we now know, MCAO concludes that there is no reasonable likelihood of conviction in the present case, and for that reason dismissal is appropriate and just," said the county attorney's office.

Because of the new information, the case is dismissed.

"I want the community to know that we do not take decisions of this nature lightly. The loss of life that night will be felt by Officer Townsend’s family and friends as well as the entire law enforcement community and the local community he served forever. Officer Townsend gave his life in service to his community and should never be forgotten," said County Attorney Adel.

For two years, the public was told a Scottsdale man was texting when he crossed several lanes of Loop 101 and killed Salt River officer Clayton Townsend. Now, a Maricopa County judge says the evidence does not support that conclusion. FOX 10's Justin Lum reports.