President Biden addresses Americans after US reaches more than 500,000 deaths from COVID-19

President Biden remembered the American lives lost since the COVID-19 pandemic started more than a year ago.

MEXICO CITY (AP) - Mexican President Andrés Manuel López Obrador said Tuesday that his country is doing better than the United States in dealing with the coronavirus pandemic, even though Mexico’s per capita death rate is probably higher and the country has vaccinated less than 1% of its population.

López Obrador said Tuesday that comparing countries is in "bad taste," but went on to say "the most powerful nation on earth, our neighbor, did worse than us."

Moreover, estimates of excess deaths in Mexico since the start of the pandemic suggest the COVID-19 toll is now well above 220,000. Mexico has administered about 1.7 million vaccine doses, while the U.S. has given 64 million shots.

RELATED: COVID-19’s impact on cancer care has been 'profound,' experts say, with many delaying routine screenings

López Obrador blamed rich countries for "hoarding" vaccines, calling that "totally unfair," and said "the U.N. has to intervene."

López Obrador has demanded the United States vaccinate the millions of Mexicans living in the U.S. with or without legal documents; Mexico says its consulates in the United States have even been registered as vaccination centers.

But a photo circulated on social media showed a sign posted last week outside one Mexico City vaccination center stating "No Foreigners Will be Vaccinated."

US life expectancy drops a full year in COVID-19 pandemic

Presidential spokesman Jesús Ramírez said that was a mistake, and promised everyone over 60, foreigners and Mexicans alike, would have access to vaccines.

"That was a photo of one center, and that message was corrected," Ramírez said.

RELATED: US COVID-19 pandemic toll: In 1 year, half a million lives

But Dr. Ruy López Ridaura, the country's director of disease prevention and control, said the exclusion of foreigners apparently occurred at other sites in the opening weeks of the vaccination effort.

"There may have been some confusion at some operating sites," López Ridaura said. "It was a communication problem. ... The orders are totally clear now, foreigners will also receive their vaccinations." 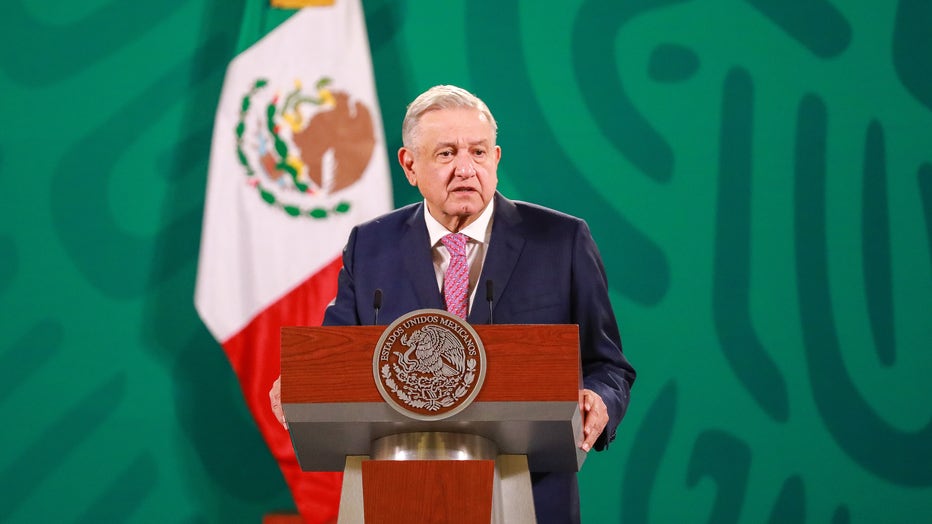 Andres Manuel López Obrador, President of Mexico, during a morning briefing at National Palace on February 08, 2021 in Mexico City, Mexico.

"The idea is to propose at the G20 the need to declare COVID-19 vaccines as ‘global goods,’ so that they cede their intellectual property rights and all countries can freely produce them," Fernández said.

Mexico is trying to beef up its supply of Pfizer vaccines with Russian and Chinese shots, and late Monday the country received its first shipment of 200,000 doses of the Russian Sputnik V vaccines.

Mexico has had over 2 million test-confirmed coronavirus cases, but the low level of testing means the real number is probably several times that amount.