Dr. Laurie Leshin has been appointed to be the first female director of the Jet Propulsion Laboratory, making the move a historic moment.

TEMPE, Ariz. - A woman who calls Tempe her hometown is about to become one of the foremost scientists in the world.

Dr. Laurie Leshin has been appointed to be the first female director of the Jet Propulsion Laboratory, making the move a historic moment.

If you don’t know what JPL is, think of it as anything that NASA does that you think is cool, like controlling a robot on the surface of Mars.

For Leshin, it all started in Tempe. "I pretty much grew up on the ASU campus," she said.

Her love for the stars began as a kid while her mom, an activist for women's rights, was attending ASU.

"My very first job when I was 16 was answering phones in the registrar's office at ASU," Leshin said. She later got her undergrad degree at ASU while she interned with NASA.

Later, she came back to help develop the School of Earth and Space Exploration. She worked to watch the landing of the Curiosity Mission.

"I was there in 2012 at JPL when we landed and went to work on the science team, where I helped discover water in the soil of Mars," Leshin said.

In May 2022, she’ll become the first female director of JPL, which specializes in deep space robotic exploration for Cal Tech and NASA.

"The frontier has never been more exciting. The science questions we're after, I think we’re really close to answering the question, ‘Are we alone in the universe?’ And I can’t think of anything more exciting than that," Leshin said.

Her drive to get to this moment and her love for space began thanks to the desert.

"When we first landed on Mars, I was 10 years old and I remember seeing the pictures standing in my mom's kitchen in Tempe looking at TIME Magazine seeing those first pictures. Because of the desert look of Mars, it really spoke to me. I wanted to reach those rocks. And I would just say to any girl or boy who's looking at pictures of Perseverance thinking about being the first astronaut to go back to the moon. All of those things are possible and just go for it," Leshin said.

One of the first mission launches that will take place in her tenure will land a spacecraft onto an asteroid. That project, called Psyche, is led by a professor at ASU. 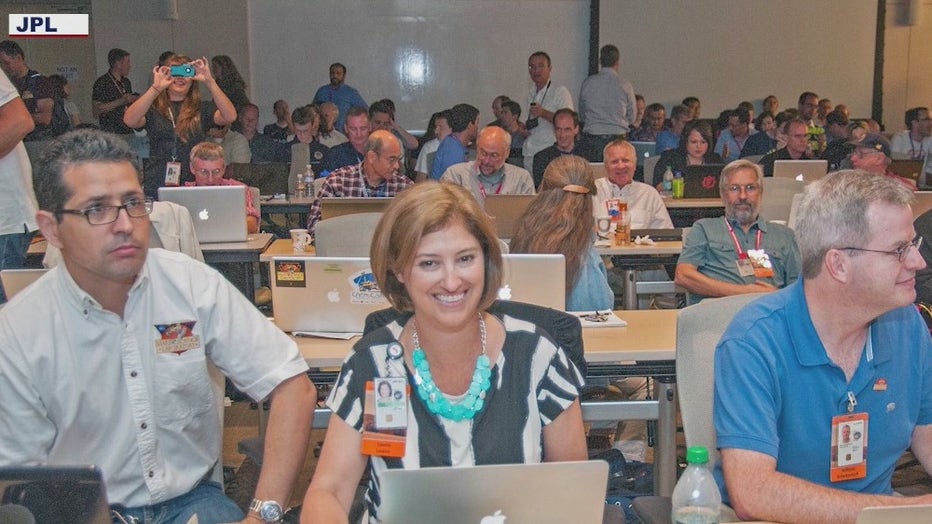