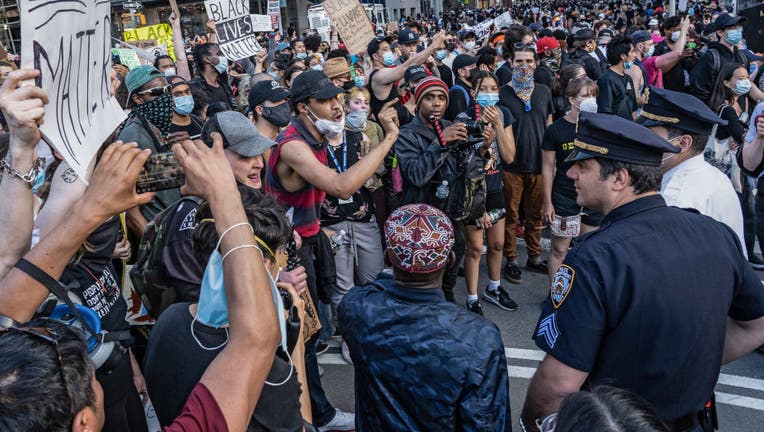 MINEOLA, N.Y. (AP) - Nassau County lawmakers are set to vote Monday on a proposal that would allow police officers to sue protesters and collect financial damages — a move civil rights activists say is payback for demonstrations after the police killing of George Floyd last year in Minneapolis.

Newsday reports that the bill being considered by the Nassau County Legislature would make police officers and other first responders a protected class under the county’s Human Rights Law, which currently bars discrimination based on race, religion, gender and sexual orientation. No other professions are protected under the Human Rights Law.

The bill would allow a lawyer for the Long Island county to sue protesters on behalf of officers and calls for fines of up to $25,000 for anyone who harasses, menaces or injures an officer. The fine amount would be doubled if the offending behavior happened "in the course of participating in a riot," the bill says.

Civil rights lawyer Frederick Brewington told reporters Friday that the bill violates free speech rights and, if passed, will have a chilling effect on protesters. The NAACP said it will bring members to Monday’s vote.

The bill’s backers, a Democratic legislator and an independent who caucuses with Democrats, declined to comment to Newsday. The head of the county’s police union told the newspaper he supports the bill.

County Executive Laura Curran, a Democrat, hasn’t said whether she’d sign or veto the bill if it’s approved in the Republican-controlled legislature. A spokesperson told Newsday that Curran "looks forward to hearing the public comment and discussion" and will "review any potential amendments that may be proposed by the legislature."