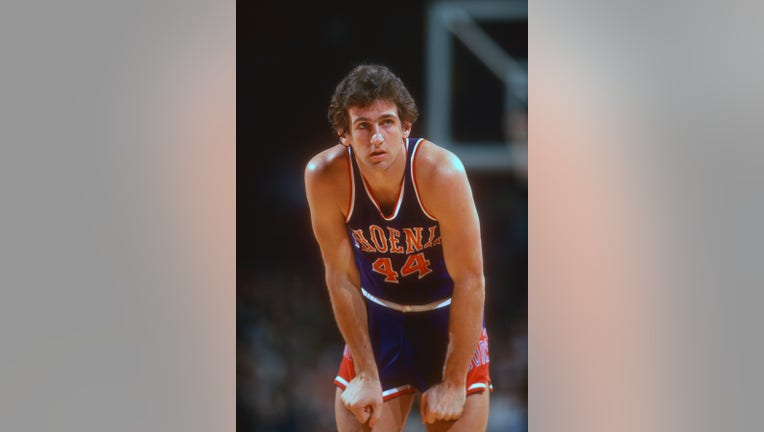 CIRCA 1978: Paul Westphal #44 of the Phoenix Suns looks on against the Washington Bullets during an NBA basketball game circa 1978 at the Capital Centre in Landover, Maryland. Westphal played for the Suns from 1975-80. (Photo by Focus on Sport/Getty

PHOENIX - NBA Hall of Fame player and Suns icon Paul Westphal has died at the age of 70, the Phoenix Suns announced on Jan. 2.

Westphal, known as "Westy," played for the Phoenix Suns from 1975 to 1980 and played a critical role for the team in the 1976 NBA Finals. He eventually rejoined the team as a coach from 1988 to 1995, spending a total of 14 seasons with the organization.

The basketball player and coach was diagnosed with brain cancer back in August.

"Westy will forever be remembered as a prominent Valley sports legend both on and off the court," said Suns Managing Partner Robert Sarver in a statement. "He built an illustrious career as both a player and a coach. His legacy ranks among the most quintessential basketball icons of all time."

Westphal was enshrined in the Naismith Memorial Basketball Hall of Fame back in 2019.

"There may be just a handful of people who have as much influence and significance on the history of the Phoenix Suns," fromer Suns owner Jerry Colangelo said. "All he accomplished as a player and as a coach. Off the court, he was a gentleman, a family man, great moral character. He represented the Suns the way you want every player to represent your franchise."

The icon also played with the Boston Celtics, Seattle SuperSonics and the New York Knicks. He was also a coach with the Dallas Mavericks, Sacramento Kings and Brooklyn Nets.

He leaves behind a wife and two children.