GILA BEND, Ariz. - Two Canadians have been arrested in Arizona after authorities found nearly 150 pounds of cocaine in a semi truck during a traffic stop on Interstate 8, officials said.

A sergeant with the Arizona Dept. of Public Safety pulled over the semi west of Gila Bend on Wednesday night after seeing "indicators of criminal activity." No details were released about what exactly tipped the sergeant off to the vehicle.

A drug-sniffing dog was brought in during the traffic stop, and officials found 144 pounds of cocaine hidden in the truck's sleeper berth closet.

The driver, 36-year-old Albi Naska, and the passenger, 36-year-old Victor Nikitin, were arrested and booked into Maricopa County Jail. Both are residents of Ontario, Canada, according to DPS. 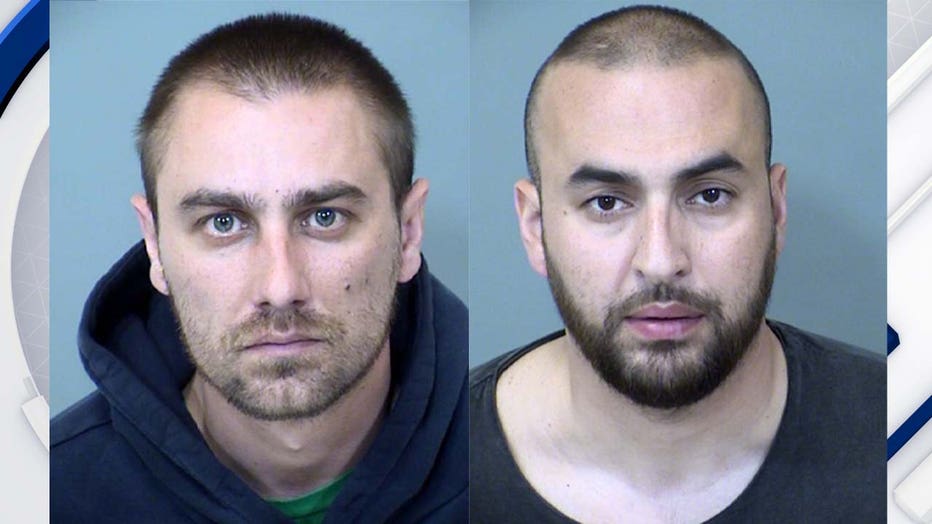