ATLANTA - One of Children's Healthcare of Atlanta's most beloved volunteers lost his battle with cancer this week. You may remember David Deutchman, the volunteer who was affectionately known as the "NICU Grandpa" at Scottish Rite's neonatal intensive care unit.

Deutchman's story went viral in 2017 for the work he did cuddling and snuggling babies in the NICU after he retired.

But Deutchman said the work was worth it, and that's what gave him the nickname "ICU Grandpa".

"If I didn't know what face went along with it, his would be one that would definitely come to my brain," said Joanna Slade, a nurse who works at Children's Healthcare of Atlanta. 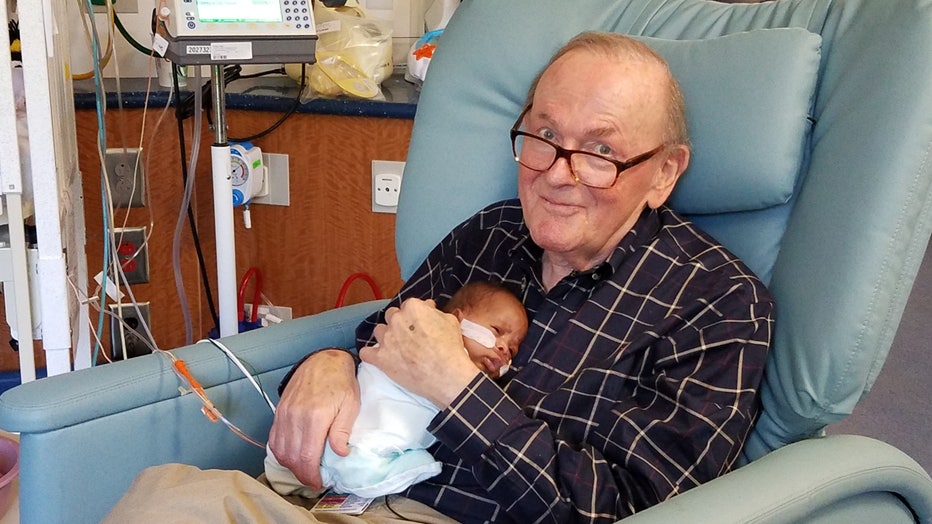 David Deutchman, the volunteer who was affectionately known as the "NICU Grandpa" at Scottish Rite's neonatal intensive care unit, passed away after battling pancreatic cancer.

"He just makes you feel like you're part of the family, that his patients are part of his family, and you think about your Grandfather," said Slade.

Back in 2017, Deutchman laughed about why he loved volunteering so much.

"Some of my guy friends don't understand it," said Deutchman, "I get peed on. I get puked on. I mean, why wouldn't I love it?"

Hospital volunteers stopped coming in at the start of the coronavirus pandemic back in March and late last month, Deutchman's doctor diagnosed him with pancreatic cancer. His CHOA family made a point to show their appreciation for his work with a drive-by parade at his home.

"I did the parade because David gave so much of his heart to all of us here at Children's Healthcare of Atlanta that it was super important to me to show David and his family just how much of our heart's he's a part of," said Slade.

A few weeks after the diagnosis, Deutchman passed away.

"Maybe all those babies that we lose every year will have someone special to greet them with open arms and treat them like they're his own," said Slade.

The legacy of a very special NICU grandpa who touched hearts and lives around the world.